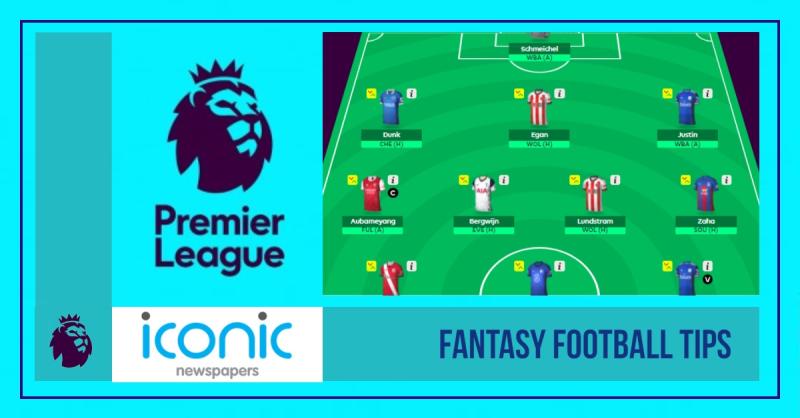 With the Premier League restarting on September 12 and work and friend leagues filling up with puntastically named teams, we've decided to fish out the best bargains for the first few weeks of the 2020/21 season. We're all trying to justify snapping up the likes of Salah and Aguero and all the other big names, but that tactic fast eats into your transfer budget. These are our 'box clever' buys for the early part of the season. We're taking defenders under £5.0 and midfielders/attackers under £7.5 as bargains!

We had to get some Irish influence in the team and John Egan is a bargain and almost a certain starter every week for Sheffield United. He was the eighth highest-scoring defender in Fantasy Football last season and finished off the season very well, adding his first and second Premier League goals to his name during those behind-closed-doors fixtures. The Cork man is a big unit and the lesser lights of the league always send their big men up for corners and that's where Egan can get involved at the goal-end. Sheffield United finished a respectable 9th last season and conceded 39 goals, fewer than all the other clubs in the top 10 outside of Liverpool, Man City and Man United. Sheffield United were the only other team outside those three to concede fewer than 40 goals across the whole season. That makes their cheap defenders very desirable and John Egan gets the nod for me.

Justin is an ultra-cheap short-term fix in your Fantasy Football team as he deputises for the injured Ricardo Pereira at Leicester City. Pereira looks set to be sidelined until at least October with Brendan Rogers placing his faith in young James Justin. He filled in adequately at the end of last season and is in a system utilising attacking fullbacks. We love a good attacking fullback in Fantasy Football! It helps too that Leicester are a solid outfit and had the fifth best defence in the league last season. If they can continue that trend and Justin can chip in with a few assists, we'll be laughing at that price tag. Leicester play West Brom, Burnley, Man City and West Ham early in the season and should pick up wins in two or three of those games.

The most expensive of our bargains but could work out as a tidy little investment. Spurs manager Jose Mourinho isn't known for his attacking systems but Bergwijn flourished for him at the end of last season having only signed in January. He netted three times in the Premier League, including against both Manchester clubs and looked a real talent suited to the league. He has added goals to his game big time in recent seasons, netting 14 times in 33 appearances for PSV Eindhoven in the 2018/19 season before his Spurs switch. He'll be playing alongside Harry Kane and should pick up a few assists with him in the box too. He only saw 699 minutes of Premier League action in 2019/20 but managed to score a total of 43 points on fantasy football.

Lundstram was a bit of a revelation for Sheffield United last season, and given his cheap price tag, soon found his way into around 12% of all Fantasy Football teams. As pointed out above, his team kept plenty of clean sheets while he chipped in with goals and assists. He scored five times in the league last year and helped his teammates to four additional goals. He secured 144 points across the season, and while he had some quiet spells, he was a cheap staple, even if only on the bench in case of injury to your big names. If you look at players valued at under £7.5, only Jack Grealish (149) scored more points than him last season but he'll set you back £7.0.

One of the newly promoted players in the hugely ambitious Leeds United team under Marcelo Bielsa. It helps that Hernandez has Premier League experience having played for Swansea back into 2012/13 and 2013/14. He actually nabbed 110 points during that first season in Fantasy Football and has certainly strenghtened his game since. Some would say he found his level in the Championship but you can't ignore his contribution in a brilliantly organised Leeds team last year. He scored nine goals and provided nine assists in 36 Championship appearances and was a real catalyst for Bielsa's system. I think he'll be a regular again in 2020/21 and Leeds could well be the Sheffield United of this season and outperform the usual relegation battle expectations of newly-promoted sides.