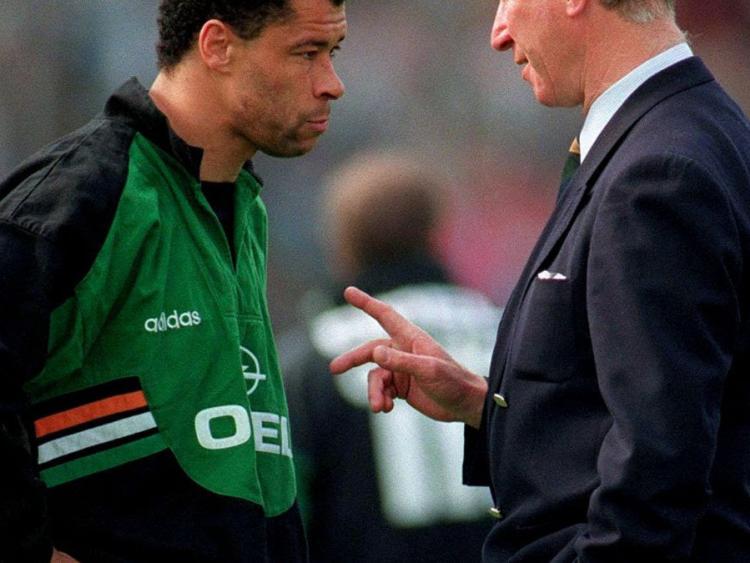 Paul McGrath pays tribute to 'Big Jack': Jack backed me as a footballer and as a person - he became a father figure to me

The legendary Paul McGrath has paid a moving tribute to the late 'Big Jack' Charlton, saying that Jack backed him as a footballer and as a person and that he was like a father figure to him.

McGrath released the following statement through the FAI:

"Today, I am truly heartbroken at Jack’s passing.

It is difficult for me to articulate what Jack meant to me both on and off the football field.

Throughout his ten years as manager of our International team, Jack backed me as a footballer and as a person - he became a father figure to me.

He gave me his full support when I needed it most and for which I am forever grateful. He has been a hugely important person in my life.

The Irish people warmed to him because of his big character and he gave us the belief in ourselves to compete in the big tournaments. I am very honoured to have been a part of Jack’s journey.

Today is a sad day for the Irish football community and we all owe him a huge gratitude for the joy and memories he has given us.

He is a man I genuinely loved.

My thoughts today are with Pat and the Charlton family."