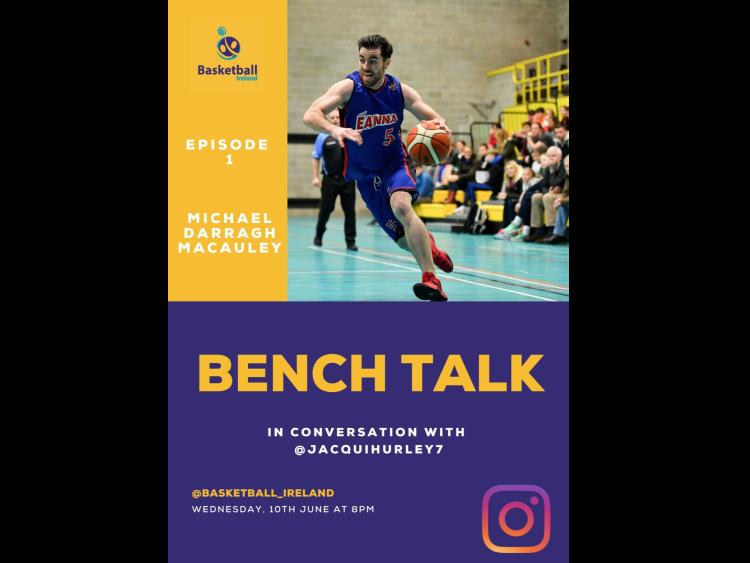 The interviews will subsequently be made available across all of Basketball Ireland’s other social media pages.

The first guest is six-time All-Ireland winning Dublin footballer and Eanna Basketball player, Michael Darragh Macauley. He will talk all things basketball, GAA and how he is adapting to the new way of life during the Covid-19 pandemic.

On Tuesday, June 16, it is very much a family affair with Darren Randolph, the current Republic of Ireland and West Ham goalkeeper and former Ireland U16 basketball international, being interviewed alongside his brother, Templeogue stalwart and Irish international Neil Randolph.

The following week Basketball Ireland will have one of the most successful women to play basketball, Michelle Fahy, of Maree Basketball club, join Bench Talk. Current Mayo footballer and former EJ Sligo All-Stars player Aidan O’Shea will also be a guest, on July 22.

RTÉ Broadcaster and current Meteors basketball player, Jacqui Hurley will act as host for a selection of these interviews.

UCD Marian player and Basketball Ireland commercial manager, Conor Meany, is also lined up to chat to some of his peers in the game.

Basketball Ireland CEO Bernard O’Byrne said: “Basketball is enjoying a renaissance that has been further boosted by ‘The Last Dance’ TV documentary series and has provoked an array of positive conversations across social media. We are thrilled to announce Bench Talk, a 10-part summer series and are hopeful that families, who are largely still stuck at home, will tune in to see some of their Basketball heroes and new faces being interviewed”.