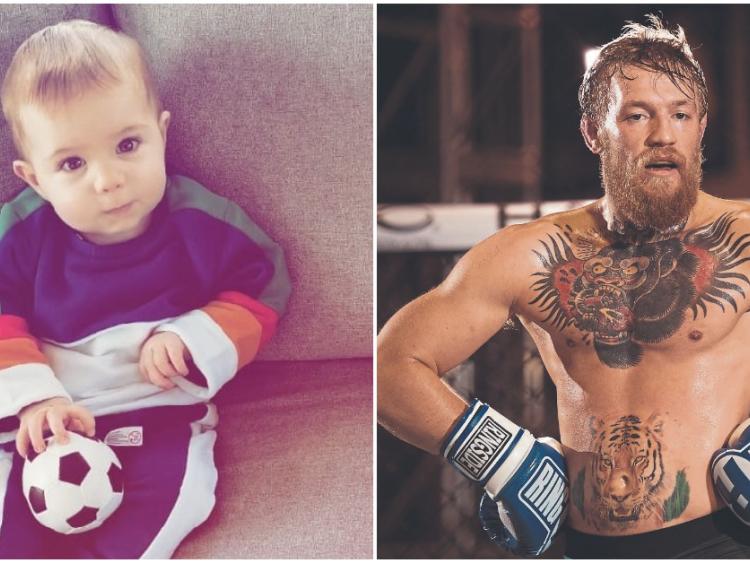 Irish MMA star Conor McGregor is the latest marquee name to lend his support behind the Do it for Dan campaign with an overnight donation of €10,000 to a GoFundMe page in aid of the little boy from Laois.

The fundraiser by SBG Portarlington gym, an affiliate of McGregor's coach John Kavanagh's MMA gym franchise, launched the GoFundMe page just yesterday with a raffle for a one-year membership up for grabs for those who donate at least €5 to the cause.

Late last night, McGregor made the sizable €10,000 donation to the fundraiser to join the list of other high-profile sports stars that have rowed in behind the campaign for Dan Donoher from Ballybrittas, Co. Laois.

The Do it for Dan campaign was launched in early March for the son of Laois footballing greats Niall and Aisling (nee Quigley) Donoher, 1-year-old Dan was diagnosed with a rare life-threatening disease called Spinal Muscular Atrophy (SMA) Type 1 and Scoliosis.

Dan was diagnosed with the rare genetic neuromuscular disease back in December which has a life expectancy of 18-24 months. A groundbreaking treatment, Zolgensma, is available in the US but at a cost of 2.1 million dollars for a once-off infusion. The treatment can substantially improve quality of life, and survival rates of this horrific disease.

They reached the €1 million milestone on Sunday evening gone, with a further €300,000 added in the days since as a string of fundraisers are added to the main page. To donate, you can do so via the button below or at this link - HERE