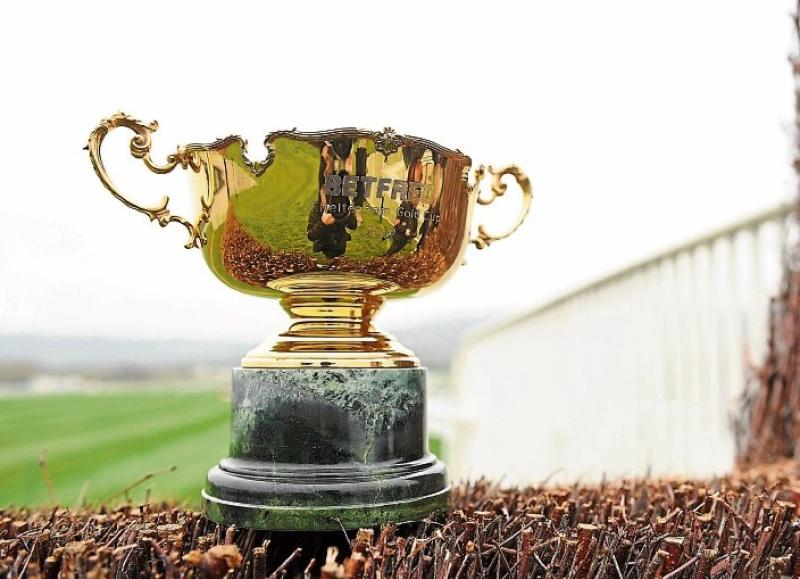 13:30 - You need a turn of foot to win a Triumph Hurdle and based on his last run, Dan Skelton's ALLMANKIND (5/1) fits that bill perfectly. He was a fair performer on the flat last year but has been revitalised over hurdles this term. He won by 37 lengths on his debut over timber at Warwick last November and followed that up with a two and a half-length victory in a Triumph Hurdle trial at Cheltenham later that month. There was even more to like about his nine-length victory over Cerberus at Chepstow over Christmas where he led from start to finish under a confident ride by Harry Skelton. It was reminiscent on Our Conor's runaway victory in the 2013 Triumph when he streaked clear early and just kept the foot down to win by 19 lengths. Allmankind's sectional times were outstanding at Chepstow, especially when you consider the state of the ground.

14:10 - STOLEN SILVER (14/1) is a good eachway price for this competitive renewal of the County Hurdle. He carried more weight and chased home Chantry House at this course back in December. Chantry House ran a big race here again on Tuesday, finishing third behind the hugely impressive Shishkin in the Supreme Novice's Hurdle. Stolen Silver also beat Edwardstone in January, another horse not disgraced back in sixth in the Supreme. That form could be could enough to see him in the frame here. He'll also have no issues with the ground or trip.

14:50 - No one would begrudge Paul Nolan a winner this week and he once again teams up with jockey Bryan Cooper with the hugely exciting LATEST EXHIBITION (4/1). He's hugely progressive and his form has been franked this week. He was third behind Abacadabras at Navan in a Grade 3 last November and that rival was a game second in the Supreme Novices Hurdle on Tuesday. He's won twice since and improved on both starts, beating both Cobbler's Way and Longhouse Poet at his ease in Leopardstown on his most recent outing last month.

15:30 - This year gives us an ultra-competitive renewal of the Gold Cup with last year's winner Al Boum Photo returning and challenging for market favouritism with Santini. In a race his trainer reckons he's made for, I'm siding with DELTA WORK (6/1) for Gordon Elliott. He was involved in the race of the festival last year, alongside current favourite Santini and Topofthegame who won't line up here. That was in the RSA Chase where two lengths covered the first three home. Delta Work is a serious operator and has looked the real deal over three miles this year against the big boys. He has twice beaten Punchestown Gold Cup winner and Al Boum Photo conqueror Kemboy, who briefly led the market for this race late last year. It's also worth noting Gordon Elliott's horses are in sublime form this week.

16:10 - JP McManus has had an incredible week at Cheltenham and could yet be in the winner's enclosure again with old favourite, MINELLA ROCCO (9/2). The runner-up in the 2017 Cheltenham Gold Cup has found a new lease of life in hunter's chases and beat the long-time favourite for this and last year's winner, Hazel Hill, last time out at Wetherby. That's an incredible piece of form and in Derek O'Connor he has a master on his back, the same man who steered him to victory in the 2016 National Hunt Chase at this course. It would be a fairytale story for a much-loved horse and as I did in 2016 and 2017, I'm siding with him account.

16:50 - CHOSEN MATE (7/1) is your best friend in this for Davy Russell and Gordon Elliott. They have been in fine form this week and if one thing can be guaranteed, it is that this horse will run his race. He was a handy hurdler and has improved hugely over fences. He was just ten lengths behind Melon, second in the Marsh Chase on Thursday, at Leopardstown last December and beat subsequent winner Cappumix by a street in January. Laid out for this and will take some stopping for a powerful yard.

17:30 - The lucky last? This is always a good betting heat and it's no different this year. PILEON (9/1) could be considered aptly named at 5.35pm if his form stands up to scrutiny. He was fourth and just four lengths behind Chantry House at Cheltenham in December and followed that with two emphatic victories, his most recent a 20-length demolition of Republican at Ffos Las. His opening mark here looks generous enough to me and he could make a mockery of it. Looks the type to be a classy horse in time.