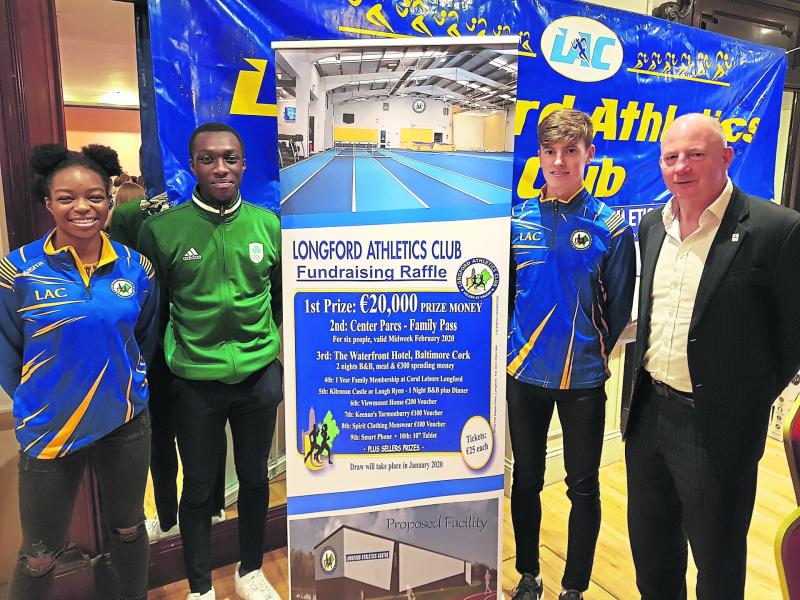 Cian McPhillips got 2020 off to the best possible start with a blistering performance in the AAI Indoor League meet at the Athlone IT Arena on Sunday. Ten athletes took to the start line for the senior 1500m race of seven and a half laps of the 200m track. From the gun, John Fitzsimons (Kildare AC) set a fast tempo in his role as pacemaker. He churned out successive 30-second laps with Cian tucked in behind. The duo were closely followed by Conall Hayes (Le ChéileAC) and Kevin McGrath (Bohermeen AC) in the lead group. At 1200m, Fitzsimons stepped off to allow the trio battle it out for the closing stages. Cian immediately kicked for home and covered the final 300m in 44 seconds to record a winning time of 3:44.85 to claim victory by three seconds. His time set a new Irish Junior (under 20) indoor 1500m record by over a second breaking the previous record, set by Colin Costello, that had stood since 2005. The time was also the fastest by a junior athlete in Europe so far this year over the distance. It also placed 17-year-old Cian comfortably inside the ‘A’ qualifying standard for the World Junior Outdoor Championships which will be held in Kenya in July. Cian’s coach Joe Ryan was delighted with the race and even felt that Cian still had a little left in the tank at the end. Congratulations to Cian, Joe and Cian's proud family on such a fantastic record-breaking performance achieved in the colours of Longford AC. His next race will be at the world famous Millrose Games in NewYork on February 8th. Representing his school, Moyne Community School, Cian will compete in the American High School Mile which will take place before the Wanamaker Mile at the 5,550-capacity Armory Arena.

AIT Arena was also the venue for Saturday's AAI National Junior and U-23 Indoor Championships where Yemi Talabi and Nelvin Appiah both won gold medals to make it a super weekend for Longford AC. Having won her heat earlier in the afternoon, Yemi claimed gold in the Junior Women's 60m in a new personal best time of 7.57 seconds. The victory margin was a mere 0.01 of a second ahead of Patience Jumbo-Gula (Dundalk St. Gerards AC). Showing her versatility, Yemi also competed in the Long Jump where a jump of 5.31 metres earned her an excellent 5th place finish out of 19 entrants. Nelvin was also involved in a close battle in the Junior Men's High Jump before securing gold after clearing a height of 2.03 metres. He earned the win on countback ahead of Geoffrey Joy-O'Regan (Sun Hill Harriers AC) who had also jumped 2.03m. Nelvin 'doubled up' as well and ran in the 60m Hurdles winning silver in a superb time of 8.27 seconds which was only 0.07 seconds off gold. Next up for Nelvin will be the Millrose Games where he will compete in the High Jump.