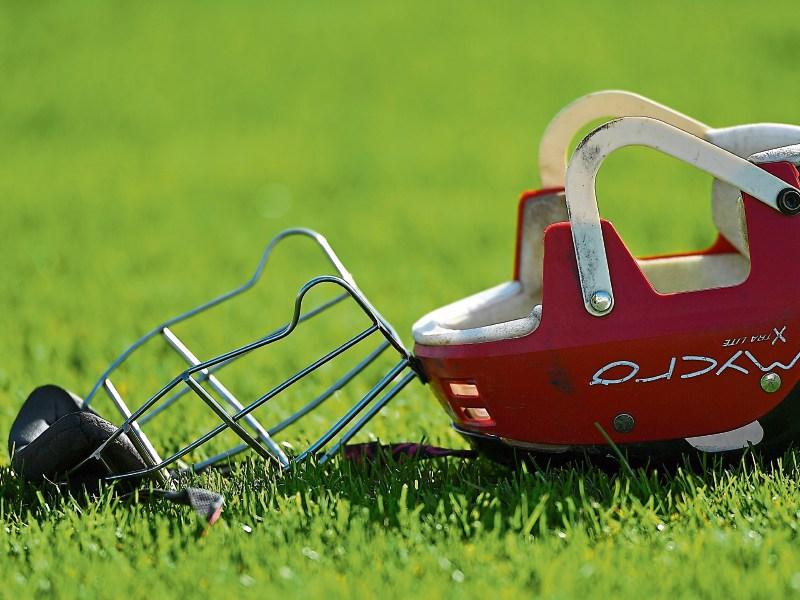 Following on from a recent Live95 radio interview about the mental stress placed on young kids in sport, which Limerick Leader Sports Editor Donn O'Sullivan took part in, he was contacted by a young GAA player to tell his story.

The two spoke at length about the player's experiences and those of the people who had contacted the radio station on the day of the original piece.

The youngster lamented the fact that adults are constantly given air time and column inches to discuss the pressure on kids to make teams and what happens to them when they don’t.

He mentioned that no one ever gives a voice to the player themselves. Particularly the young players of this country.

So, Donn asked him to do so.

Below is an open letter to all people who are involved in sports. From kids, to parents, to coaches. We all have a responsibility to make sport fun. As the author of this piece explains, “If I can help another child or a coach of a team to not let this happen. That is why I wanted to tell my story”

“I am a 14-year-old boy and I want to tell you my story with regards to the GAA and how it affected my life.

It all started when I was six years old playing hurling. I didn’t have much interest in the game but I still played it because all my friends from school were playing it. As time went on, I began to love the game of hurling but it was very competitive. I went to every single training session and tried my best.

But when matches came, I was the one left on the sideline and younger people were getting game time ahead of me. I was very upset coming home from every match. I was crying to my parents and saying “Am I bad at this sport?”

That is when I became very shy and lost confidence in myself. At this stage of my life I wanted to give up the sport and move on but I gave the coaches a second chance. So I went back playing hurling.

A year on, I went to the first training session for my new age group. All my friends were up there from school and they turned their back on me. They never attempted to talk to me or make me feel part of it. When I did get a game, it was always as number 15. It was always me, corner forward. Never moved from their to another position, most times not getting any game at all.

I felt, at that age group, the coaches only wanted to coach their own sons and favourites. These players never attempted to pass the ball to anyone on the team only themselves.

I would come home upset and disappointed and saying, while banging my head off a wall, “why am I not getting a go at this sport”. But I kept going back because I loved the sport. At this stage I didn’t really trust my teammates, coaches and more importantly my club.

I only kept playing hurling because I enjoyed the sport. My parents tried to talk to the coaches and the club, but they didn’t listen and turned their back on my parents.

A year on it was another new age grade for me. We had a few training sessions and a couple of challenge matches. However, there was a very important championship game coming up and the two coaches were getting very competitive.

We had a few training sessions before that game and the coaches were roaring at us because they felt we weren’t ‘doing it right’ . They had an attitude of ‘win at all costs’ and didn’t care who they upset. I was coming home shocked and upset over the carry on of the coaches at such a young age group.

So, the big important game of hurling for our club was about to begin. We went out for a 15 minutes training session before the game, we were all called into the dressing room for the team to be called out. The 15 people were called out and it wasn’t me who was starting the game. They were younger people started ahead of me at that game and lots of other games also. I was furious but I didn’t show it at that time. We all ran out of the dressing room and everyone was in position. The match began.

The team my club were playing against were unbelievable and our coaches didn’t shy away from letting us and everyone around, know how they felt about my team’s performance.

All the parents were shocked, but what can they say? Half time came and our team were losing. The coaches didn’t even look at me or even think of me being put on to the field.

However they did put a person on before me who didn’t go to training or the previous matches. The second half began. Our team were still losing and our team coaches were furious. About 15 minutes into the game they still didn’t think of putting me on the field. The match was over, our team lost and the coaches were furious with anger.

I was at home upset and angry over the coaches because they didn’t give me a game. As a 13-year-old boy, I shouldn’t have been feeling the way I was. I felt let down, lonely and isolated by my peers and my so called friends .

That is when I made a very difficult decision. I gave up hurling. I didn’t want to see myself like this anymore. Coming home upset and depressed over a match or a training session. A year went by and I was still very ‘down’ that I couldn’t play hurling again.

At the same time, the Limerick senior hurling team were having the greatest year of hurling since 1973. They won the All-Ireland in August of 2018 and I was at the game. But I wasn’t happy. Not for Limerick winning, but for myself knowing that I wasn’t playing hurling. A game I love.

People saying “wow, Cian Lynch is unreal who does he play for?” Someone says “Patrickswell”

People ask me, who I play hurling with, I say “no one” Even saying that word makes me feel very upset. This topic is always discussed by adults but I wanted to give it from a child's side.

When I played hurling at young age, I felt isolated, left out, no enjoyment, loneliness and no confidence. The coaches didn’t care about my feelings, they only wanted to win at all costs. Even now I find it very hard to trust adults and especially adults who are over team sports.

My teammates, who I thought were my friends, were not. They never passed the ball to me, never talked to me, looked at me weirdly and left me out. I was at a down low and always felt nervous around people.

As I have said already, I was completely isolated at a sport I love. I can honestly say, I have been affected by what I had to go through at a very young age.

My message to you is, if I can help another child or a coach of a team to not let this happen that is why I wanted to tell my story and let people know that there is light at the end of the tunnel and that you will get through it, the hurt and the pain of being left out and overlooked.

There is so much sadness in life but playing sport should not be a sad experience but for clubs to allow coaches to do this to children like me should hang their heads in shame.

As mentioned at the top of the letter, this is being published to show the child's view of the impact coaches, players and parents can have on players of our sports.

If one, single, person takes something positive from this piece, it will have been bigger than just a few words on a page or lines on a site. To allow this piece carry weight and to stand the test of time, the very brave author's name has been withheld.