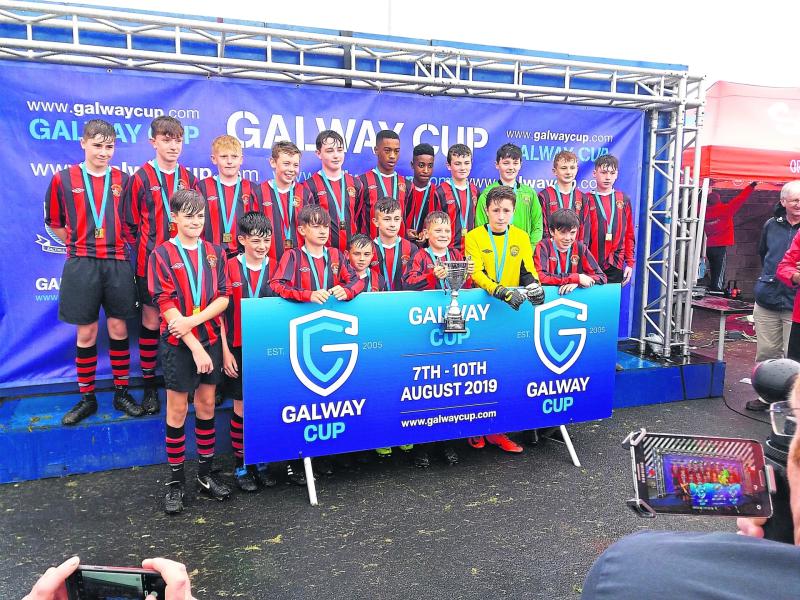 Longford League football team have been named the winners of the 2019 Galway cup.

Longford League (District Schools League) capped off an incredible four days of football at the 2019 Galway Cup, as they beat Waterford 2-0 in the final on Saturday, August 10, in Drom, Salthill.

This is a major achievement for the team and marks their first ever piece of silverware at a major tournament. It also follows on from their recent successful Kennedy Cup campaign in June of this year, where they team placed third overall.

Longford’s Femi Olajde was also named the 2006 Elite Player of the tournament, after he scored the only two goals in the final - one being an audacious bicycle kick.

Coached by Stephen Nicholson and Noelie Rogers, the team has proven that underage football is well and truly alive in Longford.