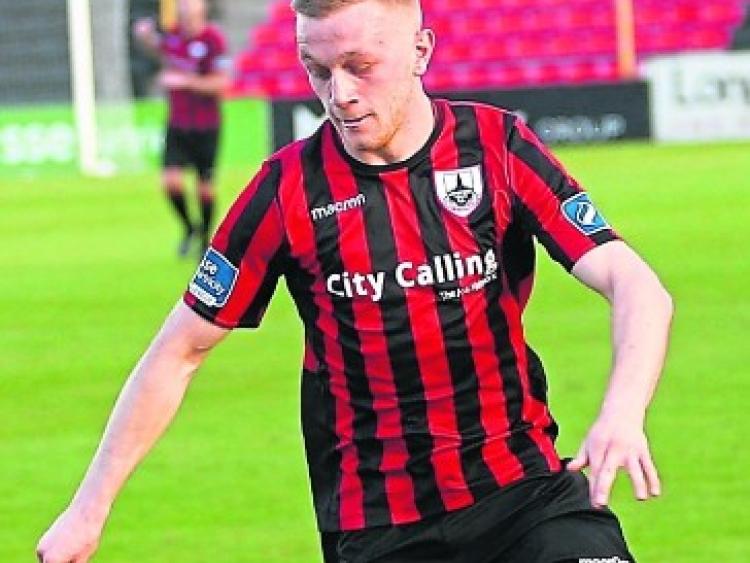 Longford Town travel to Athlone on Friday to play Terry Butler’s side in the Airtricity League First Division, kick-off 7.45pm. And the midland rivals will clash again in the first round of the FAI Cup at City Calling Stadium the following weekend.

Athlone may be at the wrong end of the table but they are a much better side than their current lowly league position would suggest. Last weekend Athlone Town travelled to the Carlisle Grounds to play fifth in the table Bray Wanderers where they lost 3-0. To add insult to injury the winners had a hat-trick hero in Dean Williams who had previously played on loan with Athlone.

Williams returned to his parent club Shamrock Rovers but was loaned out again by Rovers to Bray and he helped himself to a second half hat-trick with goals in the 56th, 63rd and 86th minute to give the home side a somewhat flattering victory and keep Gary Cronin's side with an outside chance of a promotion play-off spot.

As the table stands at the moment Bray are fifth and one place outside the three promotion play-off spots on 35 points and that is five behind Cabinteely in fourth place and seven points behind the Town and Drogheda United who are both on 42 points.

Athlone may be at the wrong end of the table but they have been so unlucky in many games during the season. Only two weeks ago they played top of the table Shelbourne in Athlone and the high flying Reds had a testing hour and a half before going away with three hard earned points in a 2-1 victory.

Terry Butler took over as manager last season and basically had to work from scratch. The 2018 campaign was a learning curve for the new manager with many new players coming in.

Most of them were very inexperienced but they tried very hard to move Athlone forward.This season Terry brought in some experienced players to bring the young players through and at this stage the new look squad are making progress but it will take at least another season to see the fruits of Terry's efforts.

Last Friday's starting eleven against Bray Wanderers at the Carlisle Grounds included four ex Town players and these lads all have lots of League experience.

The most experienced player in their squad is Darren Meenan who played with the Town last season. Previously he played with Dundalk where he won three Premier Division medals under Stephen Kenny. Kealan Dillon, who played for the Town a few seasons ago, is back for his second stint with Athlone and another former Town player Rhys Gorman is now playing in the blue and black stripes.

The Athlone captain is none other than Kilcock native Aaron Brilly who made his senior debut for the Town against Finn Harps when he was a youth player. Aaron is Mr versatility for Athlone as he can play either in defence or midfield and as we know he has a knack of scoring vital goals for his team.

Former Nottingham Forest and Republic under age keeper Aaron Myles is a very good keeper and has given them stability at the back. Another former Town player Kaleem Simon featured in the Athlone squad this season but there is no doubt that the loss of Dean Williams, who is now on loan at Bray, will be a huge loss.

Athlone have a decent collection of experienced  players but they also have many up and coming stars coming through from their under 19 and under 17 squads.

As stated earlier the transition in Athlone will take some time and no doubt they are improving with experience and the Town will have to be at their best on Friday to go over and pick up the three points.

The teams have met twice this season in the league and the Town won both games. The opening fixture in Athlone was a real end to end game and it was a real surprise that the game only produced one goal and that came from Sam Verdon who scored the all important winner in the 69th minute.

The second meeting between the clubs was at City Calling Stadium at the end of March and on this occasion the Town won 3-1. Sam Verdon gave the Town the lead from the penalty spot in the 15th minute but it only lasted a minute when striker Dean  Williams equalised for Athlone after poor defending by Longford.

Dean Byrne, who is in great form at the moment, put the Town ahead in the 32nd minute and he put the game out of Athlone's reach in the 53rd minute when he scored his second and the Town's third goal. On Saturday night last the Town had a very good 4-0 victory over Alan Murphy's Galway United at City Calling Stadium.

After the 2-0 defeat by Cabinteely away the previous weekend Neale Fenn made a few changes in his team for the visit of Galway to City Calling Stadium.

Also read: Longford and Roscommon will battle it out for All-Ireland Ladies Minor ‘B’ title

Joe Manley came into the team as manager Fenn tried out a new defensive combination with Joe slotting in alongside Conor Kenna and Mick McDonnell with Shane Elworthy and Anto Breslin acting as wing backs. Dean Byrne, who had an injury recently, returned to the starting lineup while new signing Sean Boyd also started.

To make way for these three changes Dean Zambra, Karl Chambers and Aaron Dobbs were relegated to the bench. The first half was end to end stuff and either team could have scored with both keepers making some timely saves.

With the game scoreless Lee Stacey made one outstanding save to keep the Town in the game It was still scoreless on  the hour mark and everyone in the small crowd were thinking that this is another of these games when we could end up with nothing.

Dean  Byrne, who was on fire, scored the opening goal in the 68th minute and three minutes later Sean Boyd on his home debut made it two nil after great work from Dobbs.

Dean Byrne scored his second and the Town's third goal in the 83rd minute with an excellent finish. Manager Fenn introduced Peter Hopkins and Dean Zambra for Sean Boyd and Sam Verdon in the 84th minute and defender Joe Manley put the icing on the cake in injury time when he scored the Town's fourth goal to move Longford up to joint second with Drogheda United.

The game was refereed by Paula Brady and she denied the Town two blatant penalties which didn't endear herself to the home crowd. Another new signing Jack Doherty missed out due to injury but it was good to see Carlton Ubaezuonu and Paul O'Conor back on the bench after injury.