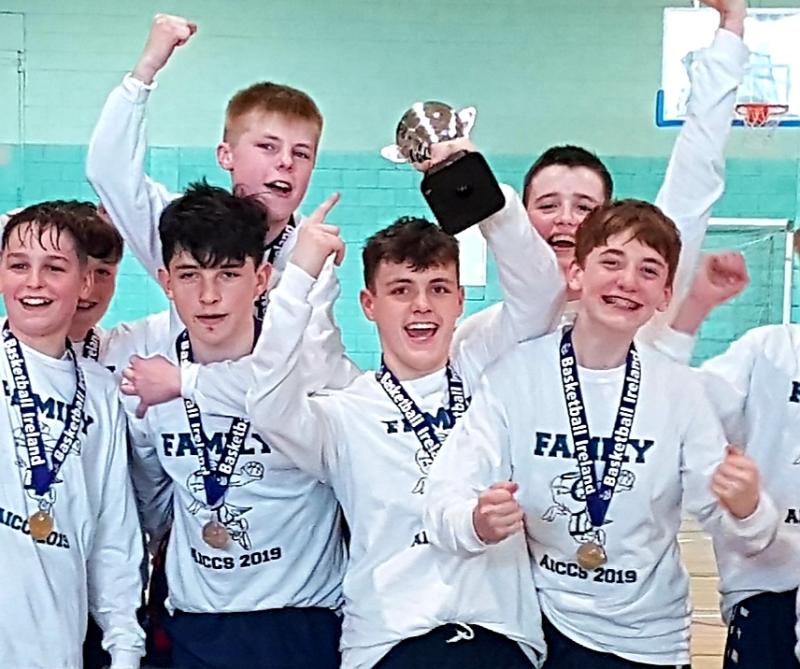 Congratulations to the superb Longford Falcons Boys U-14 basketball team on an incredible Championships performance in the All-Ireland Club Championships at Gormanston Park last weekend at the AICCs finals.

It was an action-packed weekend with teams from all around the country testing their skills against one another and it was the Longford boys who stole the show aided by the band of supporters that followed them.

Making up for their girls disappointment the previous weekend the boys went undefeated throughout the competition topping their pool in defeating Sligo All Stars, Athlone and Kiltimagh Giants. Then the following day in their semi-final clash overcame Waterford Vikings before taking out Belfast Phoenix in a thrilling final 35-27.

It was an excellent way to finish their competitive season and one that will live on in their memories for years to come.

The last National title that came Falcons way was back over ten years ago so hopefully it’s a sign of the times and a bright future ahead.

Well done to the fabulous parents for their fantastic support and encouragement throughout the weekend. Their great concern for the team certainly helped put Longford basketball back on the scene once again. Well done to all.

Next weekend at the same venue it’s the turn of the Girls U-16 team followed after Easter with the Boys U-16 team. Good luck to both in the hope for further silverware.