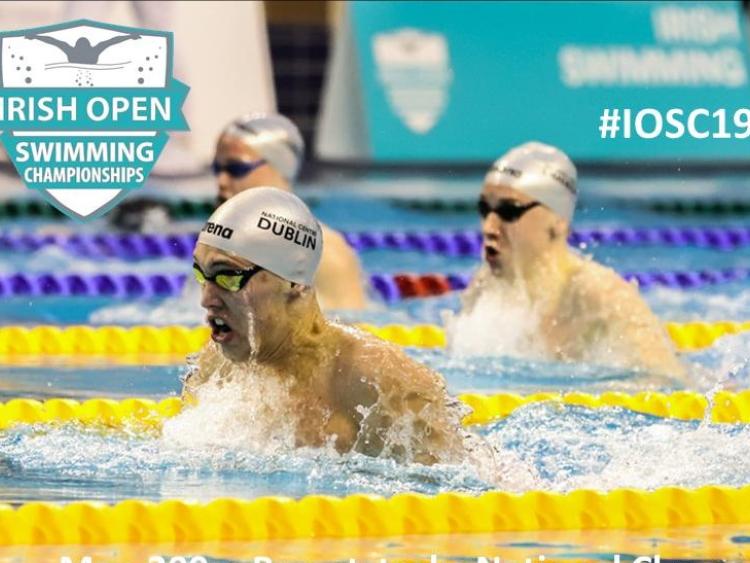 Longford's Darragh Greene on his way to another National senior title.

There is just no stopping outstanding Longford swimmer Darragh Greene at the Irish Open Championships at the National Aquatic Centre in Dublin.

Darragh set a new Irish senior record and championship record in clocking 2:10.05 on his way to winning the 200m Breaststroke Final this evening.

It was a wonderful achievement by Greene from Newtownforbes who collected his second Gold medal at the 2019 Irish Open Championships after winning the 100m Breaststroke on Wednesday evening.

Darragh was the star of the show on Day 2 of the Irish Open Swimming Championships.  The National Centre Dublin swimmer, who was Ireland’s first World Championships qualifier yesterday, in the 100m Breaststroke, took down Andrew Bree’s 11-year-old Irish Senior Record in 2:10.05 in the 200m Breaststroke.

That super swim was an Irish Record, Championship Record and under the consideration time for World Championships again. Bree, who had set the record in the event in the semi-final of the 2008 Beijing Olympic Games, was on hand to present the record certificate to Greene this evening.

Speaking after the race Greene commented ‘I would have been happy with a pb, the record is a huge bonus, especially an 11-year-old record. I’m looking forward to seeing what I can do in the summer now’