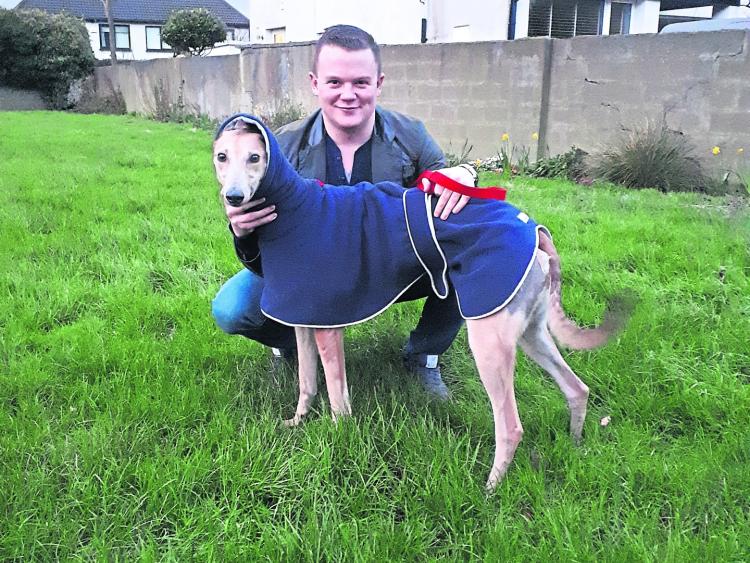 A former racing greyhound who won three times on the track, including once in Longford, is now winning in her new home as a family pet in Dublin.

Treel Spice, now known as Darcy to her new owners, was rehomed last year by the Irish Retired Greyhound Trust from her previous kennels in Roscrea in Co Tipperary to her new Rathfarnam, South Dublin home.

Treel Spice ran on the track 46 times between September 2016 and September 2018, in Shelbourne Park, Longford, Galway, Kilkenny and Drumbo Park, earning over €1,000 in prize money. Treel Spice won by five lengths in a 525 yard race in Longford in 2016 and raced there on five further occasions.

Darcy’s new owner, David McManus, says she has settled wonderfully into life in their family home: “Darcy has zero interest in our three cats. At the beginning we were cautious, but the cats can roam freely as Darcy's focus is on long snoozes and in securing treats. My parents are the most surprised - Darcy is very affectionate, she doesn't bark, shed hair or need much exercise.”

The IRGT has assisted in the rehoming of over 5,700 racing greyhounds since 2008.