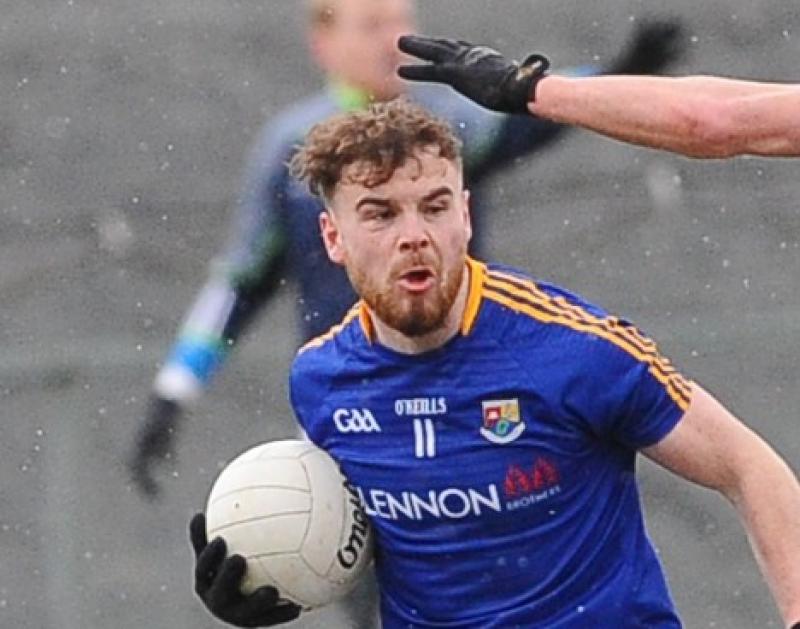 Conor Berry on the ball for Longford. Photo: Declan Gilmore

Longford met their first northern team of 2019 and learned that there’s nothing easy playing teams from the north.

I couldn’t understand, however, that a team a few goals down couldn’t kick in high ball incessantly to Conor Berry who was very obviously a difficult man to contain in the air, and was superior in every sense, to his man.He got one, half turned, and scored a point immediately. After that.....nothing!

Time after time Longford persisted with passing the ball around midfield while Down players quickly tracked back to load the defence. Several times Longford insisted on carrying the ball into tackles and were dispossessed.

Meanwhile Conor Berry inside was running left and right aimlessly. No blame to Conor, who is a serious player, and could possibly have won the game, given early ball. Nobody, in my vicinity, in the impeccably clean stand seats, could understand it. They had the same reaction to the football going on, on the field.

A pity Longford lost, for the first time under Padraic Davis the manager, but footballers have to think for themselves when faced with a losing game. How they could persevere with trying to work the ball forward every time, when they could have lofted high ball onto Berry beats this writer. They were still doing that four minutes from the end when losing by a few goals. Baffling.

They must have cast aside the first rule of forward play - the back has to win every time, the forward has only to win once. The Down full forward, who had the beating of his marker in pace alone almost every single time a long probing ball was delivered, was fed a diet of long ball all through the game.

The result, spoke for itself.