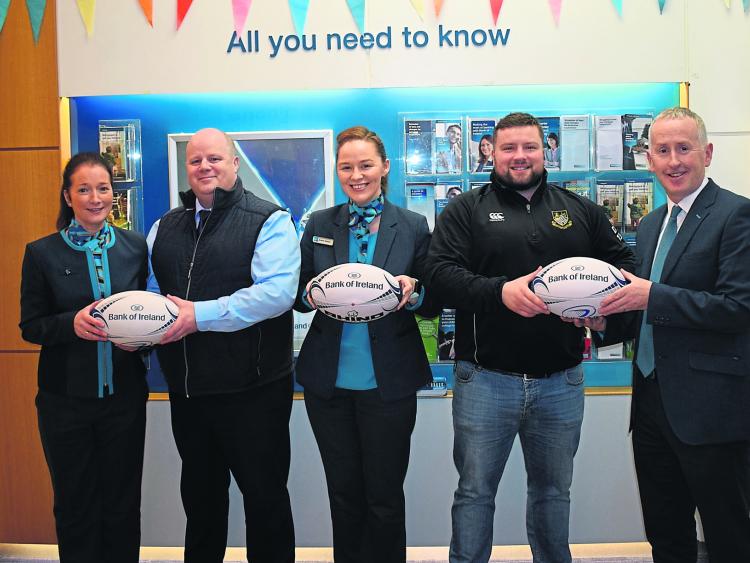 Longford came away from Black Gates on Sunday, January 27 with a great four try bonus point win over Tullow to move back into second place in the league and in with a shot of a promotion play-off to Division 1A.

Tullow is one of the hardest places in Leinster Junior rugby to get a win and one in which Longford have found the going tough over the years.

Coming away from there with a win was a great shot in the arm for Longford with two games left to play in the league and a second round cup clash away to Boyne looming large on the horizon.

Longford got the traditional welcome to Tullow as they regathered their own kick-off and proceeded to try and batter their way towards the Longford line. They earned themselves an early shot at goal, which drifted to the right and wide.

Longford then got the bit between their teeth and played some superb running rugby for the next twenty minutes with great interplay between backs and forwards.

On seven minutes Paul Gallogly made a great break, which should have been rewarded with a try but a Longford handling error let Tullow off the hook.

Longford kept coming at Tullow and thought they had taken the lead after fifteen minutes only for a Ryan McHugh penalty to come back off the post.

However, the men in black were not perturbed and went over for a well deserved try on twenty minutes after the ball was worked out to the wing and was dotted down by Joe McGowan after a great step to go around the last defender.

Ryan McHugh managed a great touchline conversion into a swirling wind to make sure Longford were seven points to the better.

While Longford showed off their attacking prowess in the first twenty minutes, their showing for the second twenty minutes was all based on strong defence.

Tullow monopolised possession/territory and threw the kitchen sink at the away side, including kicking to the corner, trucking it up the middle and moving it wide to the wings.

However, despite maintaining the ball over extended phases Longford’s patient well-disciplined defence eventually forced an error to keep Tullow from crossing the away side’s line and leaving Longford with a seven point cushion at half-time, 0-7. Longford can be really proud of their defence which Tullow gave a stern examination to.

Longford started the second half brightly and immediately put Tullow under a lot of pressure. It was looking like it was going to be Longford’s day ten minutes in when wing Conor Seery crossed in the corner for another well worked Longford try. This was followed up ten minutes later by a try by Paul Gallogly.

At this stage Longford smelled blood and pushed hard for the fourth try, which would give them a winning bonus point and pushed them back into second place, two points clear of Monkstown, and it came five minutes later.

A superb break up the wing by Shane Rodgers was finished off by Hubie Connolly. Rodgers was caught about ten metres short but popped the ball up superbly to the onrushing Connolly who scored under the posts to bring Longford’s tally to four tries and twenty-two points.

The match still had fifteen minutes to go but from then on it had the feel of a match that both sides wanted to wind down without any injuries with both having second round Provincial Towns Cup matches in two weeks time.

To their credit Tullow ran in a consolation try while Longford never gave up trying to tack on more points.

However, there were no further scores and Longford emerged from Black Gates with a very satisfying bonus point win and kept themselves in the running for the prize of securing a promotion play-off to Division 1A by virtue of finishing in second place.