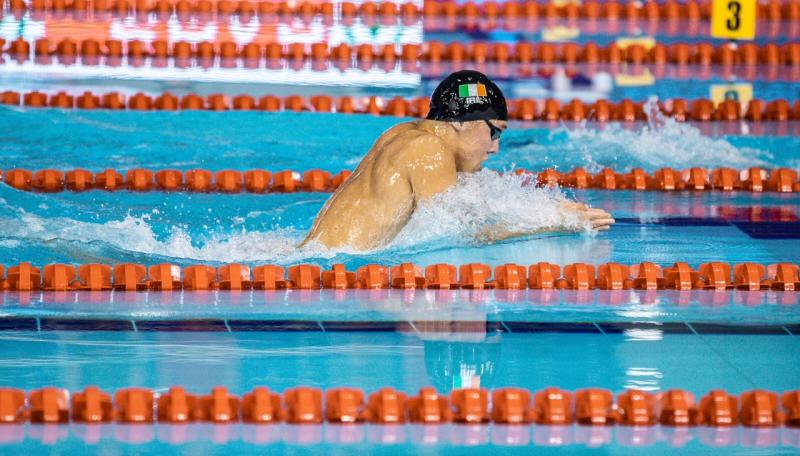 Irish swimmers continued their assault on the record books as the FINA World Short Course Swimming Championships got underway in Hangzhou, China this morning.

Longford's Darragh Greene cemented a 100% personal best rate for Team Ireland on Day 1 in the 100m Breaststroke. Greene clocked 58.91 taking over a second off his previous best of 59.93.

The Irish Championships concluded last Sunday with 18 records, a further two were added this morning by Brendan Hyland and Conor Ferguson on the opening day of competition.

Hyland was first up this morning in the heats of the 200m Butterfly, the National Centre Dublin swimmer put in a superb swim of 1:53.19, knocking over 3 seconds off his previous best and Irish Record of 1:56.87. The time left Hyland is 10th place overall, just outside the final, with only the top 8 progressing.

Speaking after the swim Hyland commented ‘I was pretty excited, I knew I was doing well as I could see a lot of clear water around me, I knew it would be a fast time so when I saw 1:53.1 I was very happy.’ Commenting on his 10th place in the world finish ‘It’s pretty cool, 10th in the world sounds nice, growing up swimming in Dublin my whole life, to be 10th in the world, to think of where I’ve come from, it’s really good, it’s given me confidence and hopefully I can push on from here’.

Hyland returns to the pool tomorrow for the 100m Butterfly and after this morning’s swim the 24-year-old will be confident of breaking Conor Brines 2016 record of 52.08.