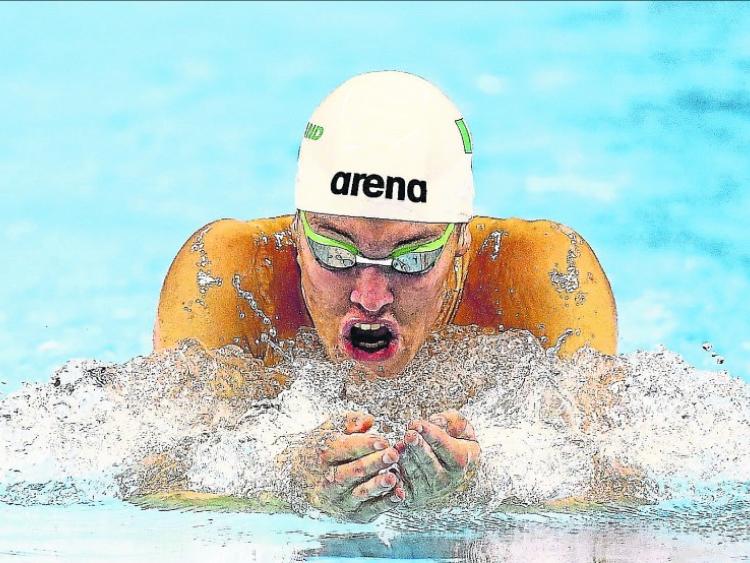 A team of five of Ireland’s best swimmers, including Longford's Darragh Greene, are in Hangzhou, China this week as the FINA World Short Course Swimming Championships (24m) get underway.

Over 960 swimmers representing 178 countries will compete at the purpose-built pool in the Hangzhou Olympic and International Expo Tennis Centre.

Hyland will be the first Irish swimmer in action today (Tuesday, December 11) in the heats of the 200m Butterfly. The National Centre Dublin swimmer is the current Irish record holder in the event.

Niamh Coyne makes her senior international debut in the heats of the 50m Breaststroke. The 17-year-old has had a breakthrough year and will be looking to get some senior international experience under her belt ahead of next year’s world long course championships in South Korea.

Conor Ferguson goes in the 100m Backstroke heats, the 19-year old holds the Irish Record of 52.40 and will be looking to join the list of record breakers from last week’s Irish Championships when he goes in Heat 3 of the event.

Last up in the morning is Darragh Greene in the 100m Breaststroke. Greene made history at the European Championships in August when he became the first Irishman to break the 1-minute mark in the long course version of the event.

Shane Ryan gets his championships underway on Thursday in the 50m Backstroke.

Speaking ahead of the event Ireland National Head Coach Ben Higson commented "With the Championships being in Asia is was an opportunity to experience and gain knowledge of the travel east before the 2019 world long course championships in South Korea and the 2020 Olympic Games in Japan. This yet another opportunity for the Irish athletes to showcase themselves against the best in the world in the run up to Tokyo 2020"

National Performance Director Jon Rudd said, "Our team have been in China for a week now, overcoming the arduous eastern travel and are very much focused on the task in hand. At this level, qualification for semi-finals and finals is a challenge for any athlete and our primary mandate, as it is with all such international meets is that of delivering a lifetime best performance in the short course pool in the heats. When this occurs, second and third round swims are possible for us and whilst this is the only thing that is in our control, it is the only thing we focus on - the process of how we can deliver on this through the opportunity afforded to us. The five athletes we have at the competition all very much feature as part of our Olympic hope and with both individual and relay performances to come across the six days, there is something of Irish note to watch out for every day of the event."