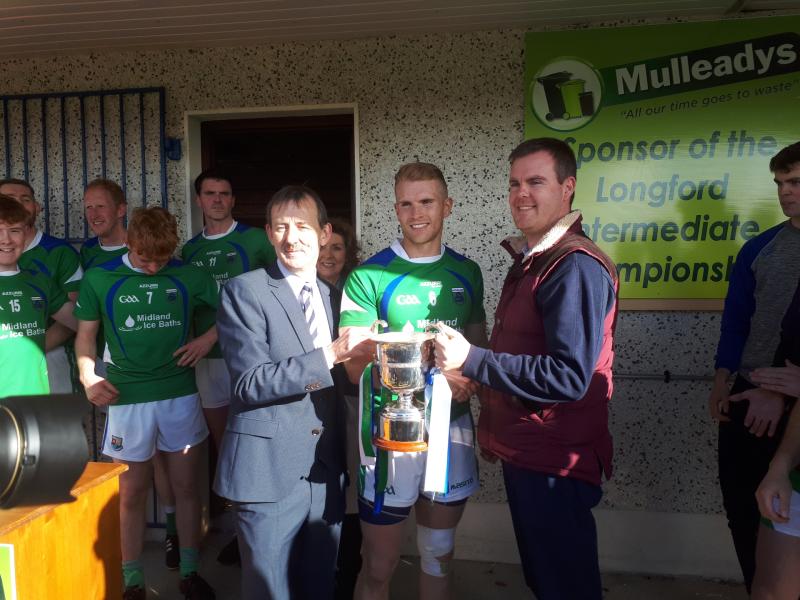 Rathcline and St Patrick’s Ardagh / Moydow previously drew on two occasions - with the scoreline ending 1-11 all both times - but in this truly thrilling third instalment, Liam Tully managed Rathcline proved the masters, winning by 2-14 to 1-13, and bringing the Gerry Hennessy Cup back to the banks of the Shannon for the third time in four years.

Considering how one-sided the senior replay turned out, this intermediate showdown lived up to expectation and both teams deserve enormous credit for producing some excellent passages of football.

Declan Rowley’s St Patrick’s Ardagh/Moydow were mightily fast out of the traps and they led by 0-6 to 0-2 after 15 minutes with Killian Farrell (2), Patrick Ganley (2), Shane Henry and Finn Hartmann all on target.

Rathcline were intent on finding the net and they carved out numerous chances but failed to put them away. They gradually hauled themselves back into contention with Kevin Chapman, Liam Connerton and James Hanley on target, leaving them just two points adrift at the interval, 0-8 to 0-10.

The reigning champions, Rathcline, enjoyed an explosive third quarter, at the end of which they found themselves four points in front, 1-12 to 0-11. Substitute Aaron Madden plundered for the goal, with man of the match Iarla O’Sullivan and Oran Kenny also kicking points.

Rory Sullivan’s 48th minute goal breathed life back into the St Patrick’s Ardagh/Moydow challenge, 1-12 to 1-11, and they drew level thanks to a Shane Henry free. Aaron Madden (free) again put Rathcline put in front, only for Gerard Farrell to level matters for the fourth and final occasion, 1-13 all.