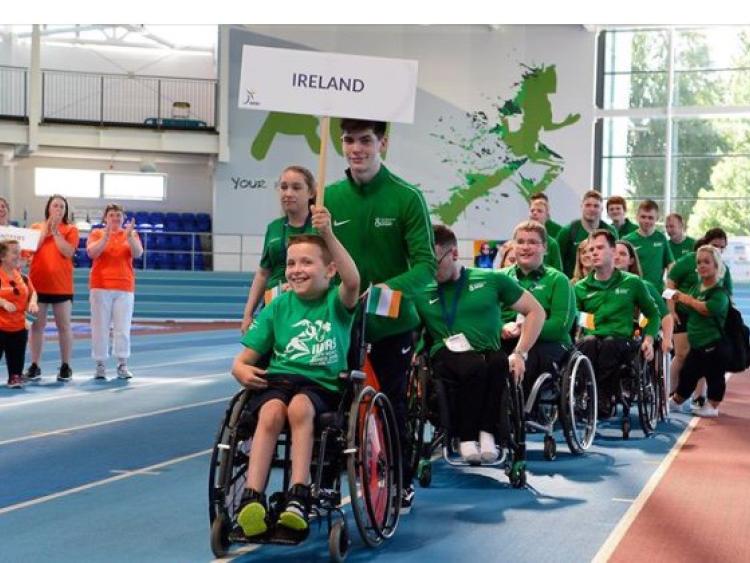 Athletes from around the world have gathered in Athlone in anticipation of the 2018 International Wheelchair and Amputee Sports Federation (IWAS) Youth World Games. The multi-sport competition, set to run from July 2-5th at Athlone Institute of Technology, will see 165 athletes from 16 countries compete in athletics, swimming and table tennis. These athletes will compete in three age categories: under-23s, under-20s, and under-18s.

Speaking ahead of the Games, Chairperson of the IWAS Games Committee, Dina Sotiriadi, said: “We expect this edition to be one of the most exciting yet with just over two years to go until Tokyo 2020. Some of the athletes we see compete could go on to the Paralympic Games while others will get their first taste of international competition. That is why it is so important to have state-of-the-art venues like the Athlone Institute of Technology, where youngsters can shine.”

In keeping with the Games’ ethos, the young athletes will have an opportunity to showcase their sporting prowess, meet with other Para athletes and experience different cultures. For many athletes, the IWAS Youth World Games acts as a stepping stone to a successful sporting career. As a result, IWAS President, Rudi Van Den Abbeele, says that the organisation has played a defining role in the development of the Paralympic Movement. “Over the years, the Games have been the starting point for many of the world’s best Para athletes and I have no doubt that this edition will be the same. With great venues, such as those at the Athlone Institute of Technology, I am sure that athletes will have everything they need to reach their best."

That assertion certainly holds for notable Para athlete, Madison de Rosario who competed in the 2008 Games before going on to break three junior world records in the 100, 400 and 800 meters. The Australian wheelchair racer, who has a neurological condition that causes inflammation of the spine, has since gone on to compete in the 2016 Paralympic Games in Rio bringing home two silver medals, and in the Commonwealth Games where she won gold.

Professor Ciarán Ó Catháin, President of Athlone Institute of Technology, delivered the opening address in AIT’s International Sports Arena: “The ethos of the IWAS Games is to give young athletes a platform to shine, to nurture their talent. Here at our institute, we strive to do the same. We educate students to ensure they reach their full potential, not just academically but also through their respective sporting disciplines.

“The arena in which we stand has seen many regional, national, international and world-class champions train, compete and break records. It has turned junior athletes into international superstars as they cross the finish line. This arena and our facilities will give competitors an opportunity to shine as they move into the next phase of this competition.”

Irish athlete Cillian Dunne will be flying the flag for Ireland in athletics in the T54 category. Mr Dunne, who has been competing in athletics since he was five, is a former thrower who switched to track in 2012 following a stomach surgery. In 2016, the 21-year-old took home silver medals in the 200 and 400 meters, and bronze in the 100 meters at the IWAS Games in Prague. Speaking ahead of the event, Mr Dunne said: “I’m very excited about Athlone 2018. It’s a home game for me and so it’s a great chance for me to compete in front of my family and friends. I’m training harder than ever before so I’m going to do my best and I hope to make it onto the podium again!” Also competing in this years’ games is Rio 2016 Paralympian Yuttajak Glinbanchuen who is currently ranked number one in the world by the International Table Tennis Federation world. The 21-year-old Thai athlete is a favourite to win and will be aiming for gold.

The 2018 IWAS Youth World Games will get underway on Tuesday morning at 9 am with the discus. All athletics and table tennis will take place on-site at Athlone Institute of Technology’s €10 Million International Sports Arena which comprises of Olympic and FIFA-standard sporting facilities including a high-performance training centre, an anti-gravity treadmill and cryo-pod chambers. All swimming competitions will be contested at the Regional Sports Centre in Athlone.