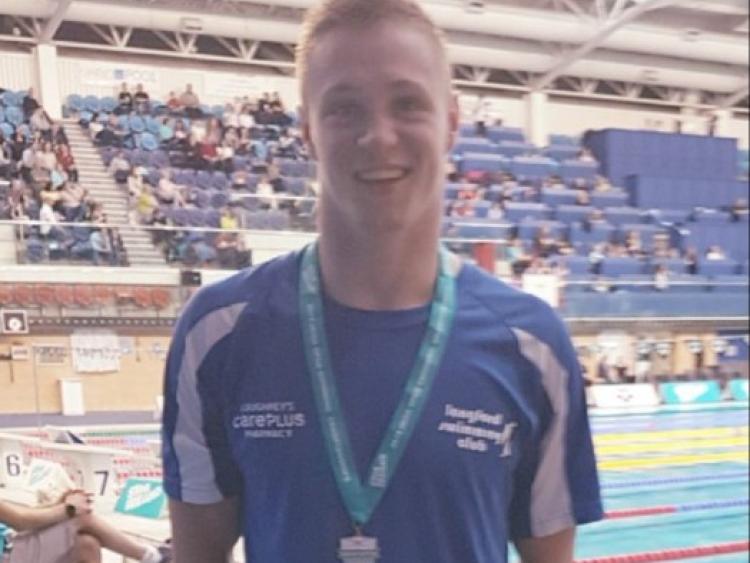 Longford's Gerry Quinn, winner of two Silver medals along with a Bronze medal in the Irish Open Swimming Championships.

Longford’s other swimming star Gerry Quinn won a third medal on the final day of the Irish Open Championships at the National Aquatic Centre in Dublin this Sunday evening.

Competing in the final of the Men 200m Freestyle, Gerry brought further great honour to Longford Swimming Club with a fantastic performance to capture a Silver medal, clocking 1:52.08 in adding to his collection.

The mighty Quinn claimed Silver success in the final of the 200m Individual Medley on Saturday along with the Bronze award he achieved in the 100m Freestyle Final on Thursday.

The winner of the Gold medal in the 200m Freestyle Final today was Jack McMillan, Bangor in a time of 1:50.34.

Longford are blessed to have two brilliant swimmers in Darragh Greene (Gold in the 50m, 100m and 200m Breaststroke events) and Gerry Quinn who won a total of six medals between them in the Irish Open Championships over the past five days.