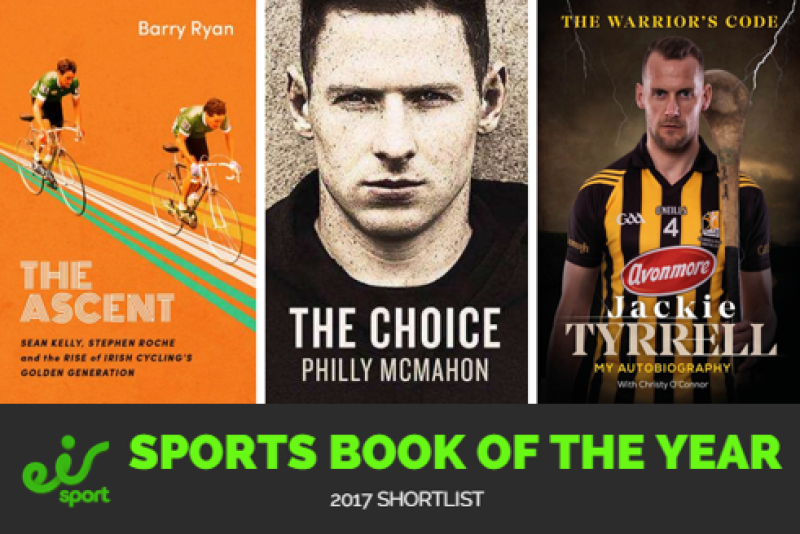 eir sport has today announced the shortlist for the eir sport Sports Book of The Year with three publications making the grade.

The final shortlist includes; ‘The Ascent: Sean Kelly, Stephen Roche and the Rise of Irish cycling’s golden generation’ with Barry Ryan; ‘The Choice’ by Philly McMahon with Niall Kelly and ‘The Warriors Code’ by Jackie Tyrell with Christy O’Connor.

Glen Killane MD of eir TV and sport commented; “We are delighted to announce the shortlist for the eir sport Sports Book of The Year. It was a difficult task for the judging panel to narrow it down to three contenders this year. This shortlist reflects a diversity of writing styles and subject matters."

“The overall winning author will receive a €1,500 cash prize, a specially commissioned trophy and €10,000 worth of TV advertising on eir sport," he added.

“eir sport wishes to commend each author and publisher who submitted books for the award with special congratulations to the three authors and publishers on the final shortlist.”

This is the third year of the eir sport Sports Book of The Year. Last year, eir sport and Publishing Ireland announced Kieran Donaghy’s ‘What Do You Think of That’ as the winner.

The eir sport Sports Book of The Year is an initiative designed to recognise the very best in Irish sports writing by seeking the best sports book published by an Irish author, or sports book with an Irish subject matter.

The winner of the eir sport Sports Book of the Year will be announced at an event in Dublin City Centre on Tuesday, December 12.