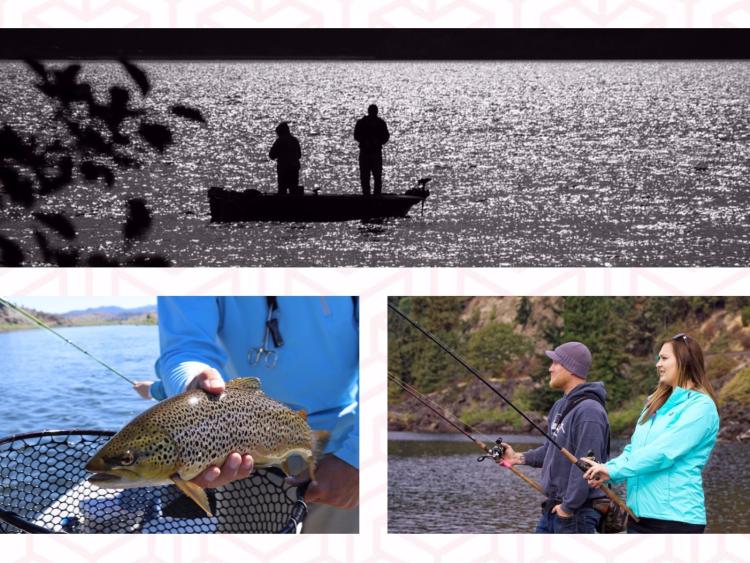 The Connacht Angling Council has announced that it has sought urgent meetings with Minister of State for Rural Affairs and Natural Resources, Galway-based Seán Kyne, and the Chairperson of Inland Fisheries Ireland, Mayo-based Fintan Gorman, regarding the need to control pike in western lakes to ensure the development of wild brown trout stocks.

The announcement follows the launch of their campaign ‘Pike are Predators – Save our Wild Brown Trout’ which attracted over 200 anglers to Oughterard.

Chairperson of the Connacht Angling Council, Martin Kinneavy said he had written to Minister Kyne and Mr Gorman to request urgent meetings regarding the strengthening of pike control in western lakes.

He said: “I have informed both Minister Kyne and Mr Gorman of the threat posed by pike to wild brown trout in the great western Loughs of Corrib (Galway), Mask (Mayo), Carra (Mayo), Conn (Mayo), Cullin (Mayo), Arrow (Sligo/Roscommon) and Sheelin (Westmeath, Meath, Cavan and Longford).

“Inland Fisheries Ireland is currently reviewing its policy regarding control of pike. I have asked that both do all in their power to ensure that these world famous Irish wild brown trout fisheries are protected by law from pike so they can reach their full trout angling potential.

“Anglers are deeply concerned that Inland Fisheries Ireland is already rowing back on pike control in advance of a relaxation of the existing bye-laws.

“Pike are far more prolific breeders than trout and a pike will eat as much as 20kgs of wild brown trout in western fisheries per-year.

“I have pointed out that West of Ireland wild brown trout waters were internationally recognised as the best in the world and that wild brown trout angling is worth €148m per-year to the Irish economy, the bulk of that money spent in the West, where, as they are both are well aware, it is badly needed.

“Inland Fisheries Ireland must maintain its bye-laws in relation to the gill netting and electro fishing of pike for the pike spawning season. A closed season for all fishing needs to be introduced from September 30 to February 15, excluding events covered under section 59 of the Fisheries Act.

“There must be an immediate pike cull, an end to the ban on culling by rod and line, and severe penalties for the importation of live bait. Inland Fisheries Ireland should establish a fully staffed and full-time office in Galway to deal with issues around wild brown trout, salmon, seatrout, and eels as the West of Ireland is a renowned breeding ground for all of these species.

“Wild brown trout anglers are deeply, deeply concerned regarding the situation which is developing. We intend to strongly campaign to save our wild brown trout,” he said.