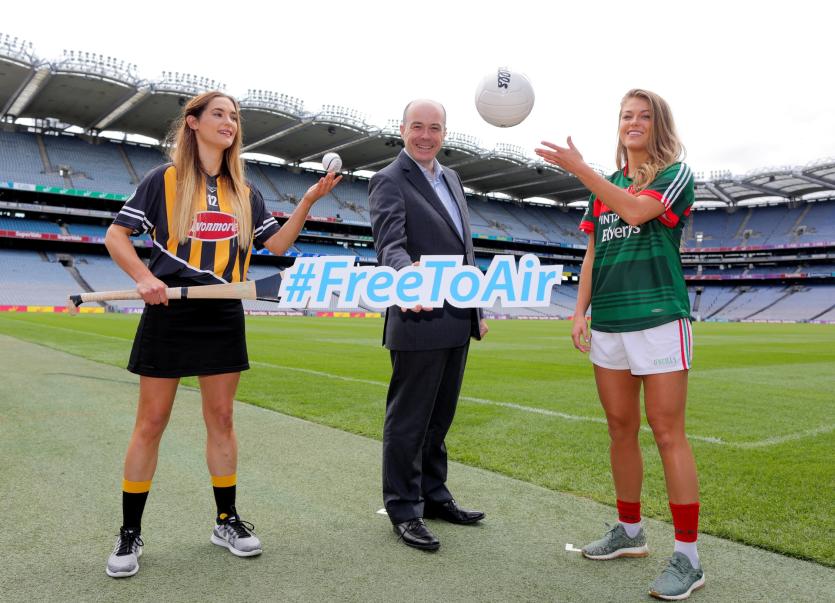 The Minister for Communications, Climate Action and Environment, Denis Naughten is pleased to announce that he has designated the All-Ireland Senior Ladies Gaelic Football and Camogie Final as ‘events of major importance to society’. The designation by Minister Naughten will ensure that these events remain available on a Free-to-Air and live basis for Irish television viewers.

The Broadcasting Act 2009 provides that the Minister may, by Order, designate certain sporting and cultural events of major importance to society to ensure these events are freely available on national television. In accordance with the legislation, a review of the list of designated events takes place every three years. Arising from the current review, the Minister took the decision to designate the All-Ireland Senior Ladies Gaelic Football and Camogie Finals as ‘events of major importance to society’ thereby adding these to the existing list of designated events. Minister Naughten secured Cabinet approval for his decision.

Minister Denis Naughten said: “I am really pleased to announce that I have added the All-Ireland Senior Ladies Gaelic Football and Camogie Finals to the Free to Air designation list with full backing from the Cabinet and the European Commission.  While the designation guarantees that these events must be freely available on television, it also confirms that they are of special resonance and have a distinct cultural importance for the people of Ireland. I have always been adamant that ladies football and camogie be treated equally with men’s football and hurling and today’s announcement recognises that equality. There is no doubt in my mind that ladies GAA sporting heroes have become solid role models for young girls growing up in Ireland. GAA is part of our DNA as a country so it is only right that everyone gets to enjoy the female and male finals equally – either live in Croke Park or at home on television on a free-to-air basis. The finals are the result of a long hard road for the teams. The designation of these events is also an acknowledgment of the valuable contribution that the representative associations make to women’s sport throughout Ireland. I want to compliment them today on their work. Recognition must also go to our public service broadcasters, particularly TG4 for its long-standing sponsorship and coverage of Senior Ladies Gaelic Football and to RTÉ for its coverage of Senior Camogie.”

Catherine Neary, President of the Camogie Association stated: “I welcome today’s announcement by Minister Naughten which recognises the important role and cultural significance which our game plays in Irish society. This designation will help to secure the promotion of our Finals to every corner of the country and encourage new audiences to get involved with our game. I would encourage everyone to come out and support our upcoming All-Ireland Finals on September 10th either by attending on the day or by tuning in at home to watch our players on what is a wonderful celebration of Camogie.”

Speaking about the ‘Free to Air’ designation Ladies Gaelic Football Association President, Marie Hickey said:‘’We are delighted that the Minister has included the Ladies Gaelic Football All Ireland Finals on the list of major sporting events to be listed as Free to Air. This is recognition of how far our sport has come and how hard our players, volunteers and administrators have worked to achieve this recognition.’’

The Minister’s Designation has now received approval from the European Commission in accordance with the Audiovisual Media Services Directive and will be put before both Houses of the Oireachtas for a resolution on return from Summer recess.