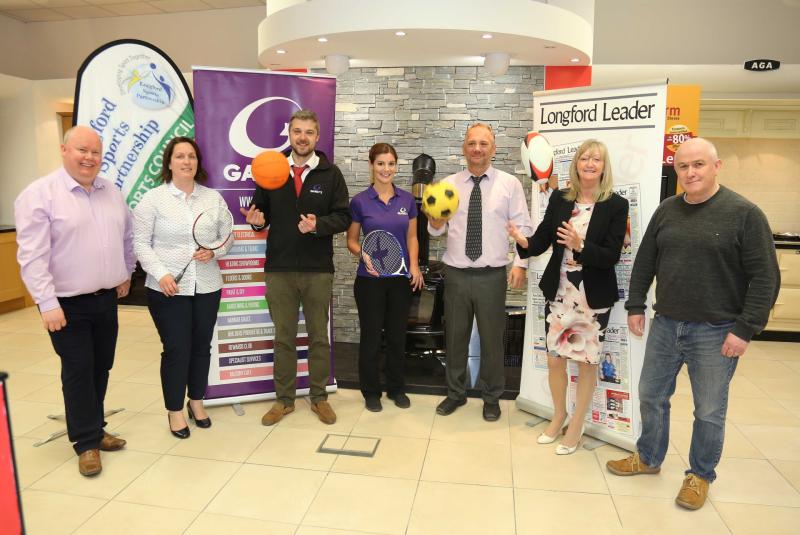 Voting in the 2017 Ganly’s Longford Sports Star Awards, in association with Longford Sports Partnership and the Longford Leader, is continuing, and we want to thank you, the public, for your overwhelming response.

Voting for the January Sports Star of the Month concluded last Wednesday evening, June 21 at 9pm and the winner, receiving 58% of the total votes cast, was David McGivney (GAA Football) and congratulations to Mullinalaghta man David on his success.

Voting for the Sports Star of the Month for February concludes tonight Wednesday, June 28 at 9pm. So if you want to have your say, don't forget to cast your vote!

Meanwhile, this week, starting from tonight, Wednesday, June 28 at 9pm, we are asking the public to vote for their March Sports Star of the Month.

You will be able cast your vote on our Ganly’s Longford Sports Star of the Month poll which you will find on our website, www.longfordleader.ie

The link to the poll will also be available on the Longford Leader Facebook page and on Twitter @Longford_Leader and we’d encourage people to share the link and ensure that they don’t miss out on their opportunity to vote for their favourite sportsperson in March.

Voting for the Sports Star of the Month for March will conclude at 9pm on Wednesday, July 5.
A shortlist of nominees was previously published in the Longford Leader for the months of April and May, and voting to choose those monthly winners will take place over the coming weeks.

Indeed, voting for the Sports Star of the Month for April will start from 9pm on Wednesday, July 5 and continue for a week (concluding Wednesday, July 12), with the month of May to follow.

Each of the monthly winners will be presented with a memento in recognition of their achievement and the ten monthly award winners (January to October) will also complete the shortlist for the coveted title of Overall 2017 Ganly’s Longford Sports Star of the Year.