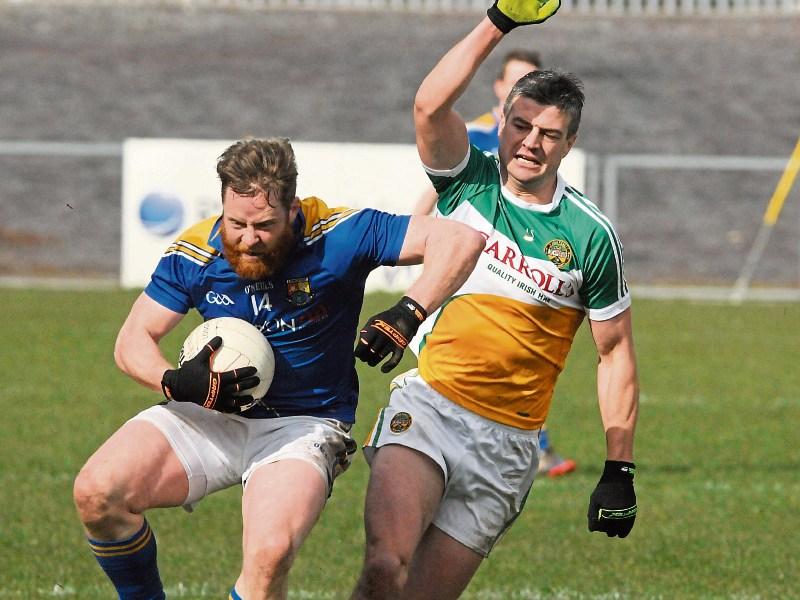 Robbie Smyth is one of the very skilful players on the Longford team. He's a joy to watch when he plays without distraction, and some of his scores are truly unbelievable. Really right out of the classic gems manual.

He scored five points against Kildare, most from impossible angles. His gaining of possession, turning against the flow of play, and setting up an attack are gifts not given to very many players.

Yet, he's holding himself back and is undoubtedly an enigma.

His temperament gets in the way of being the truly great footballer that he's capable of being.

If Robbie focused exclusively on playing the game, he would be virtually impossible to mark. Indeed he's not easy marked as it is, being such an amazing talent, but in most games, as his attitude heats up and reveals itself, his opposite number realises that he's got a short fuse, and suddenly Robbie is confronted constantly by someone who needs to get him riled up.

The lesser player is now in control.

We all know Smith is way, way better than that.

Three minutes into the game he played for a free and was immediately blown for over carrying. This ref wasn't to give away many soft frees. He's from Dublin, after all. Yet, Robbie stood with his arms outstretched, as if to say "why?".

Waste of energy. Has anyone ever, yet, seen a referee change his decision?

No, I thought not.

Longford did well on the day, had a great start and led up to just before halftime, when three backs were caught out of position opening the defence for Kildare's only goal.

Immediately, it seemed like a switch had been turned. Kildare added points, while the confidence in Longford seemed to evaporate, and seep away down some imaginary waste outlet, making many sloppy passes, and giving away ball several times.

Many times what were apparently simple passes went to a Kildare man. Sometimes intercepted, but mostly straight to a Kildare man. Okay, this is the sort of football we expect in the first competitive game of the year, but Longford are quite a serious team, and could have won the game, given tidier play and more careful shooting.

Nonetheless, there were things to cause positivity.

Padraig McCormack was sublime, and once went through and showed how to win a free by going headlong for goals. Brother Sean, another class act, promptly slotted the ball over the bar from around 45 yards out. Padraig, meanwhile, trotted back to his position at centre back. Job done.

Paddy Kiernan when he came on, surprised many by chasing every ball, and winning most.

His strength and power made his forays forward quite stunning. Unfortunately he seemed far too preoccupied with getting his name on the scoreboard. He shot four wides, when each time he could have offloaded to a better placed player, with inbuilt scoring prowess, to telling effect.

What could have been memorable passes became forgettable.

There are flaws in the Longford team but they played well.

They're terribly laborious about moving the ball quickly, and three times I watched as opposition defenders took up position while the ball was passed, slowly, laterally.

It was a pity they lost, but they looked promising nonetheless.