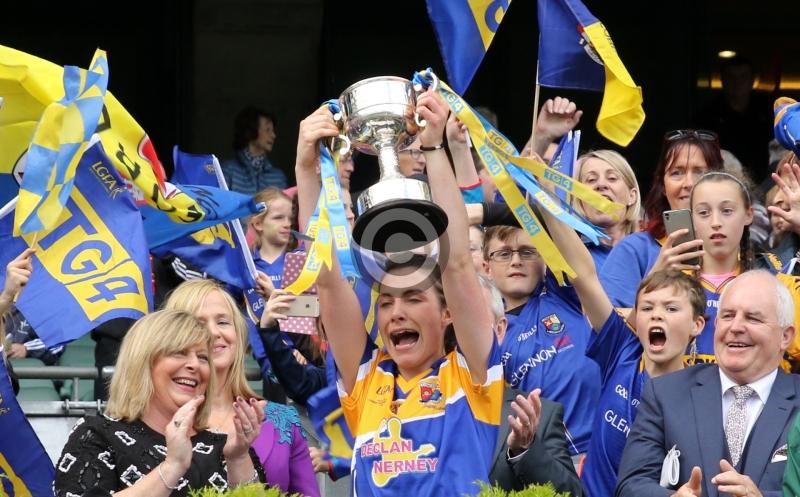 Mairead Reynolds from Dromard, who captained Longford to All-Ireland Junior Championship glory at Croke Park at the end of September, has been nominated for the Junior Player’s Player of the Year Award. The other nominees are Antrim duo Mairead Cooper and Claire Timoney.

There was further acclaim for the Longford ladies as Jacinta Brady, winner of the Player of the Match award in the All-Ireland Final triumph, was selected as the Womens GPA Player of the Month Award winner for September.

In other GAA news, newly crowned county champions Mullinalaghta St Columba’s were back in action last night in the Leader Cup quarter-final and scored a comprehensive 2-11 to 0-6 win over Longford Slashers at Fay Park in advancing to meet Killoe in the last four clash at Emmet Park.

Colmcille got the better of Mostrim, 2-13 to 1-11, after extra-time in the other Leader Cup quarter-final at the Monaduff grounds last night and they now meet Clonguish in the other senior football league semi-final at Allen Park.