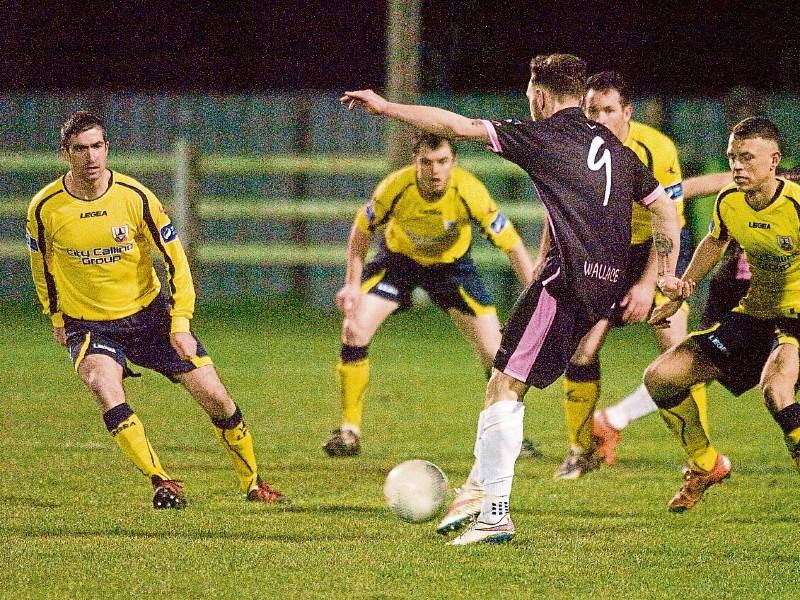 Longford Town made a great winning start to their 2016 Premier Division campaign and in doing so gave new boys Wexford Youths a harsh lesson on life in the top flight.

An attendance in the region of 1,000 gathered at Ferrycarrig Park on Friday night last and Kevin O’Connor scored in the 6th minute to give the Town an early lead.

And right at the very Josh O’Hanlon sealed the victory with the second goal in stoppage time. Wexford had chances throughout but couldn’t find the target in what was a missed opportunity for them to register a positive result.

With several sides in the Premier Division showing their intentions for the season with some big signings it was important for Town to kick-off the new season on a positive note. Last season’s sixth place finish will be hard for Longford to replicate and supporters will take any finish above the bottom two positions in the league table.

Wexford got to a lively start and it was Eric Molloy who had an early chance after receiving the ball from Aidan Friel but his shot was blocked.

In the 6th minute Longford broke the deadlock when a throw fell to Kevin O’Connor and after getting past his marker he found space to drill a low shot from the edge of the box past the opposing keeper Graham Doyle.

Wexford recovered well from conceding that early goal and in the 16th minute they had a chance to level matters; Jonny Bonner played the ball into Molloy whose strike brought a fine save out of Town keeper Paul Skinner.

Minutes later Chris Kenny had another chance for last year’s First Division champions but he was just off target with an overhead kick and then in the 18th minute he couldn’t direct his header on target.

In the 26th minute the Town could have doubled their advantage through David O’Sullivan but Wexford defender Gary Delaney did well to block his effort and while the ball fell to Kaleem Simon his shot was deflected out for a corner.

Minutes later Paul Murphy had a chance for Wexford Youths but his effort failed to trouble Skinner. In the second half the home side continued to press for an equaliser and in the 58th minute last year’s leading goalscorer Danny Furlong had a chance to score but his header from Aidan Friel’s corner just went wide of the far post.

In the 64th minute Furlong came close again when he blasted his strike over the crossbar and while Furlong did find the net for Wexford Youths in the 89th minute the goal was ruled out for offside. Then in the first minute of second half stoppage time Town got their second goal through Josh O’Hanlon to seal the vital win.

David O’Sullivan got on the ball and passed to Josh O’Hanlon who was through on goal and he made no mistake to find the back of the net, a pleasing result that sets Longford Town up nicely for the clash against St Patrick’s Athletic at City Calling Stadium this Friday night with the Inchicore outfit suffering a surprise 3-1 defeat at home to Galway United in the opening round fixture.