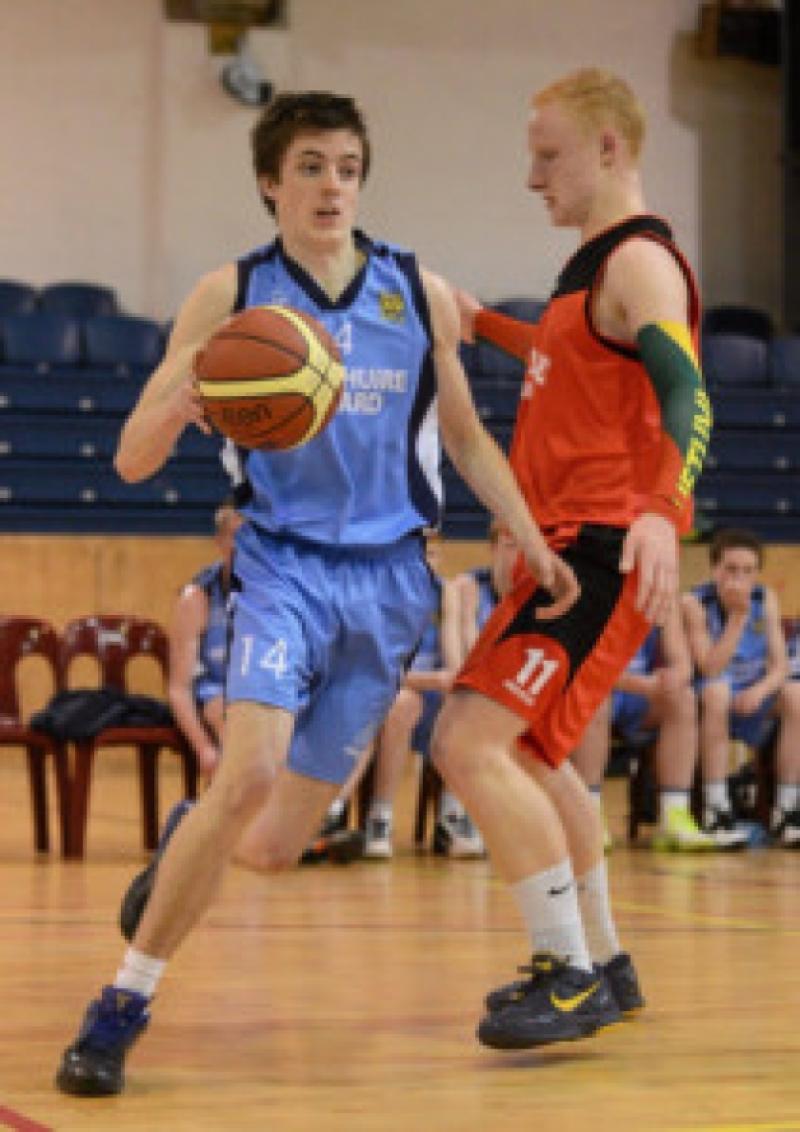 Following on from their cup win earlier in the season, Cnoc Mhuire completed the double in Tallaght with a win over Dublin side Moyle Park.

Granard were first to put points on the board but both teams struggled to hit their shots throughout the first quarter.

Through some persistent offensive rebounds and an assist from Salam Atoro, Moyle snuck head by two points mid way through the period.

Tough zone defense from both teams resulted in a tight quarter with Moyle scoring 8 and Granard 6 for the quarter.

Granard’s Ruairi Harkin set the scene early in the second quarter hitting a mid-range jump shot from the baseline. From there Granard gained momentum and their tough defence forced a series of Moyle turnovers.

Granard managed to find an open Ronan Williams several times under the basket and he ended up top scorer for the quarter with 6 points. His defence was just as strong as he deflected the ball from Moyle shooters several times.

At the other end, Moyle still had trouble converting their open shots. Captain Donatas Vikarauskas was eventually rewarded for his offensive rebounding efforts under the basket and had Moyle back to within four with a few minutes to go before halftime.

However, courtesy of some quick points from Cathal Lynch, Granard took a seven-point lead heading into half time.

Fearghal Lynch extended that lead to nine early in the third quarter and Ronan Williams got himself in good position under the basket. It wasn’t long before Granard were out to a 13-point lead, the biggest in the game so far.

Donatas Vikarauskas continued to work hard on the offensive boards and with about three minutes to go hit a couple of baskets in close succession.

In general though, Moyle weren’t working the ball around, whilst at the other end, Granard’s team work, led by captain and point guard Cian Brady, held them in good stead as they ended the third quarter with an 8 point lead.

Moyle, to their credit kept working hard and attempted to speed up the game as best they could and the lead had not extended past 8 with just under three minutes to go in the game.

The Moyle captain, Donatas Vikarauskas in particular spurred on his team with five points in the final quarter and a total of 16 points for the game but Granard were too strong and with more points on the board and across the team. Baskets from Cathal Lynch, Ronan Williams and Russell Brady coming down the stretch, removed any doubt as to the final outcome, which saw the Longford schools win by 9 points, 45 to 36.