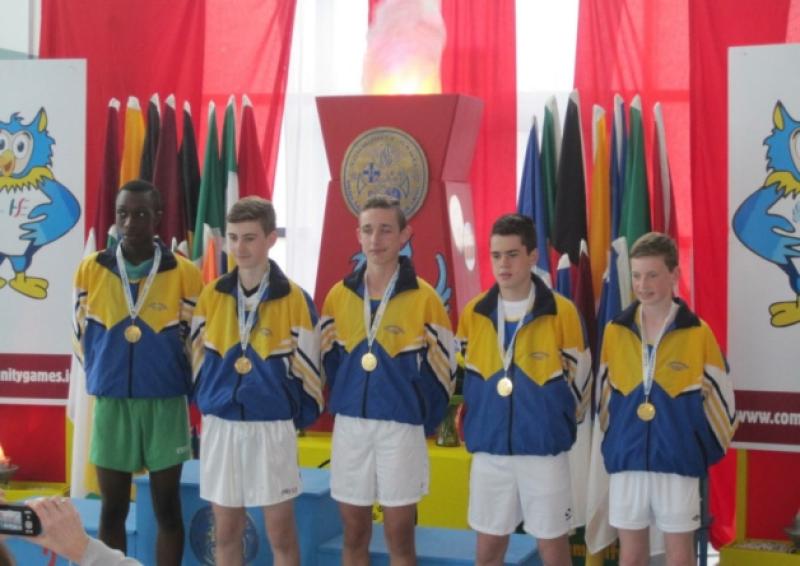 The performance of Conor Blessington (Clonbroney), Nelvin Konadu (Longford South), Karl McNerney (Dromard), Cian McPhillips (Ardagh/Moydow/Glen) and Adam Kelly (Edgeworthstown) as they stormed to victory in the U-14 Boys Mixed Distance Relay on Saturday afternoon was one of the abiding highlights of a memorable weekend for the Longford contingent.

The golden quintet was under the expert managerial influence of Paddy McPhillips and they fended off top class opposition to bring home the title.

Former Republic of Ireland soccer star Kevin Kilbane along with Minister for Transport, Tourism and Sport Paschal Donohoe were in Athlone on Friday for the official opening of the National Festival which continues next weekend where the emphasis will be on the exciting Track and Field Finals.

A gold medal winner at the 2014 National Finals, talented Clonguish artist Rionagh McCormack made it consecutive medal wins as she was awarded a silver medal in the Girls U-10 art competition final which took place on Sunday.

Harry Murray (Newtowncashel) won a 4th place medal in the Boys U-12 Art, while Killoe’s talented U-16 Comedy/Drama Group duo of Sean Og Cahill and Emily McCarthy, under the direction of Paul McCarthy, finished 5th in Saturday’s final watched by a large crowd in the AIT Marquee.

There was yet another 4th place finish for Newtowncashel courtesy of Conor Skelly, Mark Brehon, Daniel Farrell, Cathy Kelly, Joseph Kenny and Luke Mulvihill in the U-14 Table Quiz.