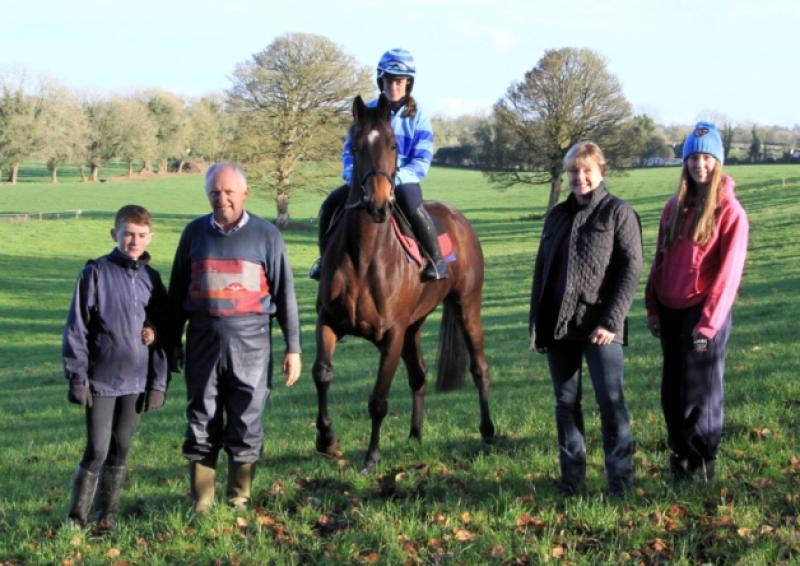 This weekend sees the return of Point to Point racing in Co Longford with an exciting meeting set to take place at Corbeagh House in Moatfarrell.

This weekend sees the return of Point to Point racing in Co Longford with an exciting meeting set to take place at Corbeagh House in Moatfarrell.

Previously held at venues such as Carriglass Manor, and lands at both Abbeyshrule and Killashee, the sport had for years attracted racegoers from right across the county and beyond to its various meetings.

Now thanks to Joseph and Barbara McGreal at Corbeagh House, Moatfarrell, Point to Point is back on the (race) cards again.

A total of six races are up for decision on Sunday in an event which is being held in association with Longford Harriers.

“All of the races are three miles with 16 jumps in each race,” said an excited sounding Longford Harriers Point to Point Secretary Linda Gallagher.

The new venue is a farm which is presently used as the base for the Longford Pony Club.

A right handed course as well as being a perfect oval shape, Ms Farrell said race fans will be able to sample the thrills and spills of jumps racing from the closest of quarters.

“The crowds will be able to see the racing from anywhere on the field and they can stand near some of the fences and see the action take place,” she said.

Throw in the presence of various bookmakers and live commentary and suddenly you have a venue to rival the very best in the country.

“We set up a page on Facebook too, so we are hopeful of getting a big crowd,” she said.

“Something like this is a kind of nursery for horses,” she said.

“A lot of UK buyers would send agents over and in some cases buy them for as high as six figures and bring them back to stables over there.”

Action gets underway from 12 noon on Sunday.

Entry is €10 for adults with free admission given to children.