Anne in marathon journey to honour her late mum 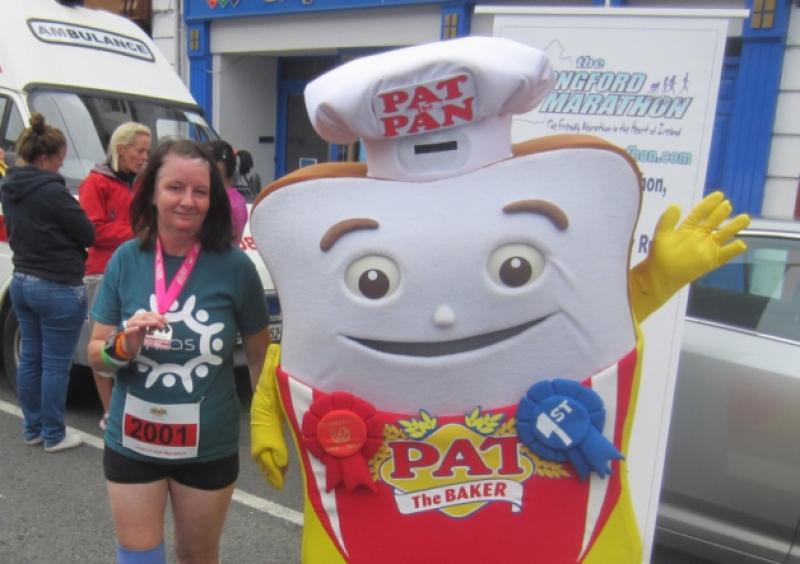 The number 26 is quite significant to UK runner, Anne O’Neill. Not only is it the number of miles in a full marathon but is also marks the number of years since her mother’s passing.

The number 26 is quite significant to UK runner, Anne O’Neill. Not only is it the number of miles in a full marathon but is also marks the number of years since her mother’s passing.

Living in Surrey, the Longford Marathon is especially poignant for Anne as her late mother, Kathleen Anne O’Neill, was raised on a farm in Garvagh, Lisduff.

“It will be a happy day knowing I am doing something special to celebrate my mum’s life. I will be thinking of her as I run along the roads she used to walk along,” says Anne about Sunday’s race.

It is not the first time that Anne will run the highways and byways of Longford as in 2013 she completed the Longford Half Marathon, raising £2,484 in the process. This year she aims to raise £100 per mile for the National Rheumatoid Arthritis Society as many in her family suffer from the disease which also played a part in her mother’s death.

“I sadly lost my mum to pneumonia and complications from arthritis,” explains Anne. “She suffered severely from rheumatoid arthritis for twenty-five years which gradually got more severe. She lost her mobility and the use of her hands.”

Anne devoted her life to the care of her mother and now she is dedicated to keeping her memory alive.

She spoke of Kathleen’s bravery and her daily struggle with severe pain, “She did her best to overcome her disability without complaining and being as independent as the condition would allow her to be.”

Kathleen was active as well as brave and lived life to the full; “She was a member of working Irish and enjoyed attending the dances, listening to music and going on outings.”

Anne has also suffered with the condition since childhood but claims that any pain she goes through in an effort to raise awareness will be worth it.

She has completed many charity runs such as the Great North Run, Great South Run, London 10k and the Dublin Marathon and has even walked 26 miles in harsh weather along Hadrian’s Wall. None of these, however, stand in her mind as much as the Women’s 5k challenge in 2001 which she ran alongside her sister, who sadly passed away six weeks later.

“You only have one mum so it was heartbreaking,” she concluded. “I am looking forward to going back to Longford after the special memories I have of the 2013 half marathon.”