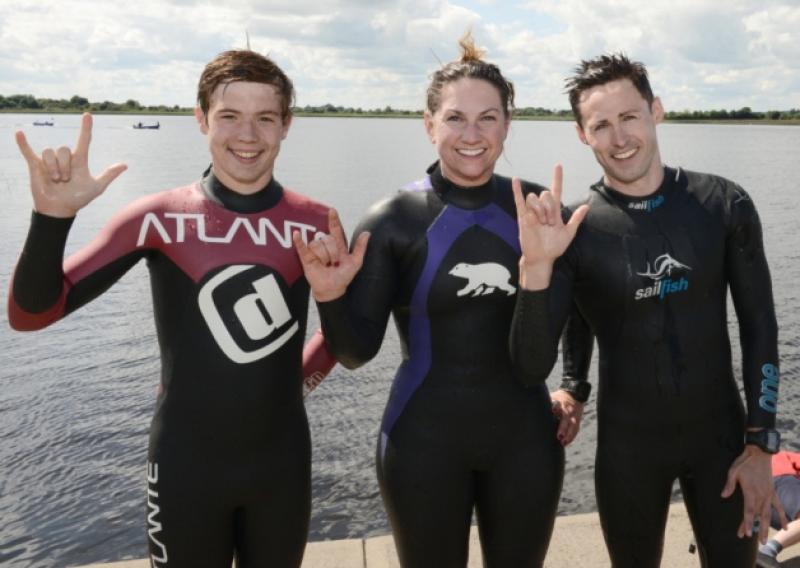 Seventy-four swimmers braved the Shannon on Bank Holiday Monday, August 4, swimming, 3.5km in a bid to raise funds for Join Our Boys Trust.

Seventy-four swimmers braved the Shannon on Bank Holiday Monday, August 4, swimming, 3.5km in a bid to raise funds for Join Our Boys Trust.

Join Our Boys Trust was set up by mother and father Paula and Padraig Naughtan following the diagnosis that their three sons had Duchenne Muscular Dystrophy, an incurable neuromuscular disease which means they are unlikely to live past the age of 20.

The second annual Lanesboro swim raised €7100 and with money still coming in, the organisers are hopeful they will reach €8,000 for the charity.

Hosted by Tri Lanesboro, the downstream swim began from Kilnacarrow Bridge towards Lanesboro, under the bridge and exited at the swim ramp, beside the duck pond on the Longford side.

PRO for Tri Lanesboro, Andree Gallagher was delighted with the success: “We couldn’t believe so many people showed up.

“We wanted to do it for Join Our Boys as it is a charity close to us. Many of our members know the family with some of their children going to the same school.”

Paula and two sons Issac and George were there to cheer on the swimmers and gave an inspriational speech to the crowd.

“The place was silent,” according to Andree, “she (Paula) was overwhelmed and shocked by the effort which was put into the event and said that she will never forget the time and energy put in for the trust which will help her boys and others affected by the disease.

Alongside the swimmers there was a huge support from the community in the lead up and on the day of the event.

Speaking on behalf of everyone involved Andree said, “We are so thankful for everyone who donated and helped out. People who didn’t swim still came along and brought sponsorship cards, others made tea and food for the hall afterwards. Everyone who helped on the day was a volunteer; the sub aqua club and all the kayakers gave their time.

“We didn’t consider it a race or have winners, the most important thing was raising awareness and funds.”