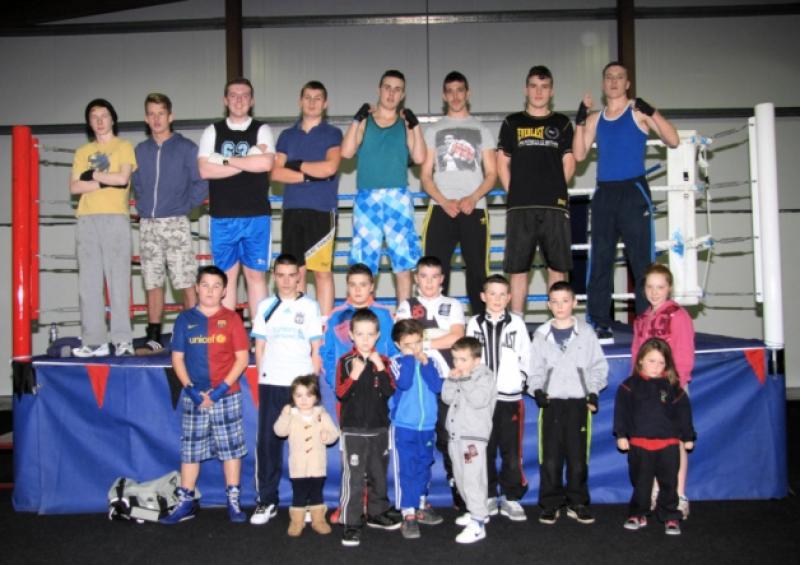 What a difference a couple of years and a shared common goal can bring.

What a difference a couple of years and a shared common goal can bring.

Those are precisely the thoughts racing through the minds of promoters from Longford’s Connolly Boxing Club this week.

And before you ask, it has nothing to do with the sport’s all-round rising prominence or the feats of its talented fighters at domestic competition level.

Rather the answer lies in the club’s successful agreement of a new premises in a deal organisers hope will safeguard the organisation’s long-term future.

“We needed a new place, it was as simple as that,” said one of the club’s main standard bearers, Harry McKenna.

For the past 12 months or so, the Connolly Boxing Club emblem has been parked in an upstairs unit along the county town’s Little Water Street.

Convenient and handy for most, it was never a viable solution going forward.

“It was grand while we were there, but we needed somewhere that was easily accessible and at ground level.”

After weeks of searching, Harry and his band of co-volunteers eventually plumped for a spacious premises inside the Townspark Industrial Estate.

Spanning around 3,000 sq ft, it certainly has the scope to house a full-sized ring, punchbags and all the other necessities that come with running a fully fledged boxing club.

Ideally located just on the edge of town, the club will still be based in a convenient location - but with lots more space.

Apart from the added space, the move was also spawned by a steadily expanding membership portfolio.

“At this moment in time, we would have about 80-odd members and on average there would be around 40 people training each week,” revealed Harry.

The rise to fame of women’s boxing, epitomised by the exploits of Olympic gold medallist Katie Taylor has also led organisers to lay on a female only night for would be stars of tomorrow.

Harry reveals that coaches are now training youngsters from as young as five how to lace a pair of gloves.

“Listen, boxing is on the rise,” Harry explains.

“It’s amazing the difference you see in people once they come in and learn about the sport.”

Discipline is another area the former soldier remains a big fan of.

“We run a very tight ship here and people know they have to tow the line.”

It’s a mindset Harry has spent much of his personal and professional life abiding by.

So far, those tactics seemed to have paid off with a further nine coaches on the club’s books and interest in the sport at an all time high.

“The great thing about our new home is we have entered into a long term lease.

What that means is there should be boxing in Longford for years to come.”