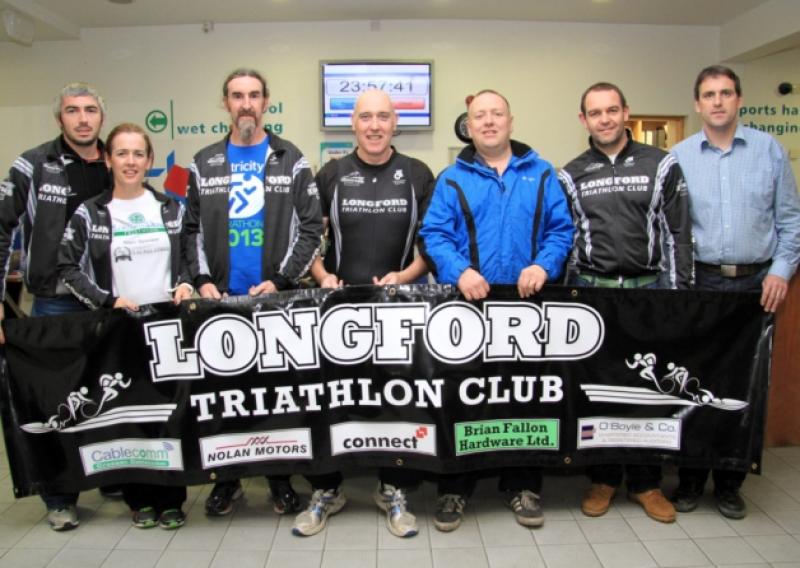 Starting at 6pm on Friday and running right through until the following evening, there was a constant stream of participants, who paid €10 each for half-hour slots in the Mall’s gym facilities. As well as individual entrants, teams could also enter, with prizes on offer for the team that covered the greatest distance during their time slot.

“It went brilliantly,” said Brendan Doyle of Longford Triathlon Club. “A total of around 160 people showed up to take part. At any given time there were people on the spin bikes and threadmills in the gym, and using the lane set aside for the event in the swimming pool.”

And while inclement weather affected a bucket collection in Longford town during the triathlon, many passers-by at the Mall stopped to leave donations.

“People gave very generously,” Brendan continued. “It was a huge success. We’re still waiting to work out the final figure raised during Friday and Saturday, but we’re very happy.”

The money raised by the charity event will go towards supporting the ongoing work of Longford Hospice Homecare.