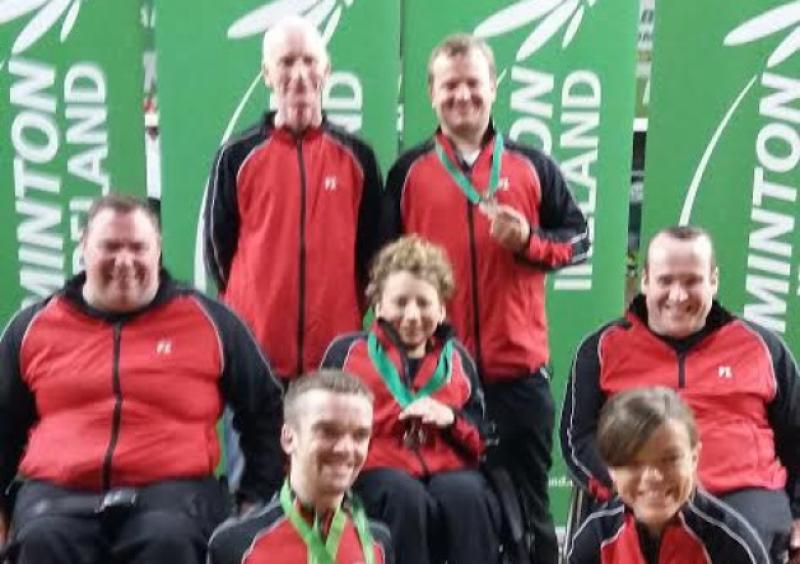 A County Longford man was among the medalists at the recent Carlton Irish Para-Badminton International tournament.

A County Longford man was among the medalists at the recent Carlton Irish Para-Badminton International tournament.

Owen Casey from Newtowncashel teamed up with Welshman Jack Wilson in the men’s doubles event, which saw them win bronze medals.

The duo finished second in their qualifying groupfor the quarter finals, with the group winners, Colin Kerounton and Wei Ming Tay,going on to win the competition outright.

Owen also participated in the SU5 men’s singles event, although he was unfortunate in the group he was drawn in. Despite a fine performance he was beaten by Poland’s Bartiomiej Mroz, who is currently ranked second in the world, and in his second match he lost by a narrow margin to Eduardo Oliveira from Brazil.

Speaking after the event, Owen said he is very proud to be a part of the Irish para-badminton team, which took home five medals in total. The other medalists were Niall McVeigh, who returned to his world number one slot after winning gold int he SU6 category as well as claiming silver in the doubles event, while Laura Lee Jenkins took bronze in the singles and doubles WH1/WH2 class.

Owen stressed that badminton is a sport for all and is an accessible activity for people living with a physical impairment. He said para-badminton players compete in singles, doubles, and mixed doubles events, and players are categorised in “sport classes” to ensure fairness in competition. There are six classes recognised by the Badminton World Federation.

For more information about para-badminton, contact Badminton Ireland on 01 893028 or info@badmintonireland.com.