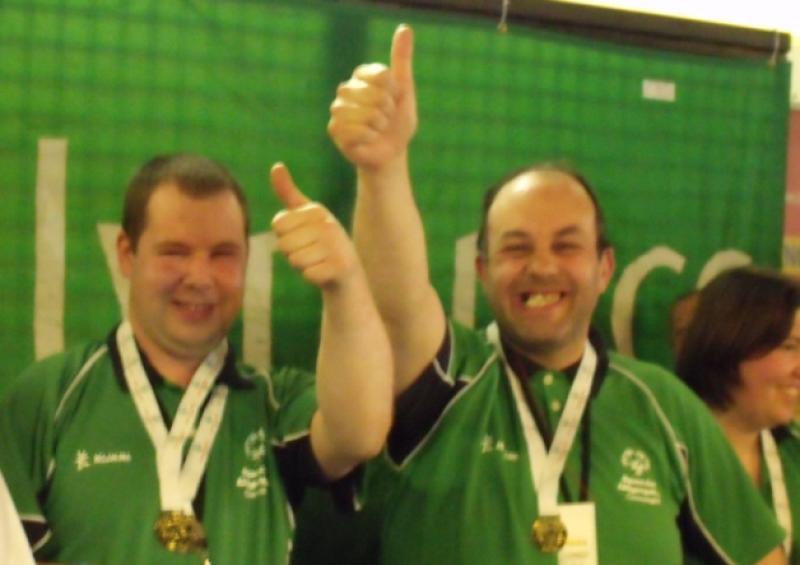 All four of Longford’s athletes picked up medals at last weekend’s Special Olympics Ireland 2014 event, which was held in Limerick.

All four of Longford’s athletes picked up medals at last weekend’s Special Olympics Ireland 2014 event, which was held in Limerick.

“We had a great weekend,” the team’s coach, Liam Madden, told the Longford Leader. “James McWeeney and Declan Mooney competed in bowling, and Patrick Hickey and Stephen Browne took part in the swimming.”

Patrick swam in no less in three finals over the course of the weekend, having successfully progressed from the earlier heats, and won a gold medal in the backstroke event, in addition to the two silver medals he picked up in the 25-metre freestyle and 25-metre freestyle relay categories.

His teammate Stephen also took silver in the relay, and was unlucky to miss out on a gold medal in another swimming event.

Meanwhile, in the bowling competitions, Declan Mooney secured a silver medal in the singles event, before teaming-up withJames McWeeney for the doubles tournament, with the highly-rated pair clinching the gold medal.

Mr Madden praised the facilities and explained that the athletes enjoyed their weekend, saying that “The opening ceremony was terrific. We had a great welcome from the people of Limerick.

“The gold medal winners now stand a chance of representing Ireland at the world games in Los Angeles,” he added.