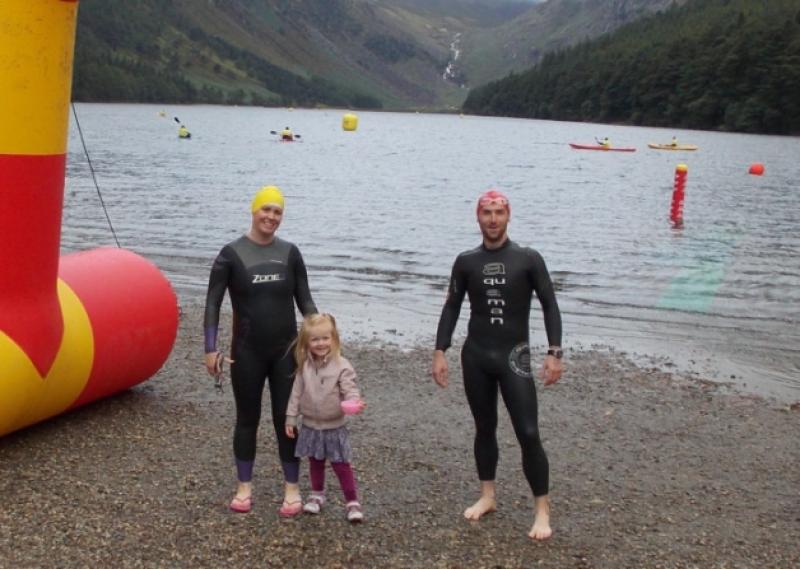 Following an impressive performance where he completed seven races in the series, Mark won the overall title. He finished in the top five in all races; three of which he came in first place.

The local lifeguard, who is an active member of the local triathlon club and their associated events, has been swimming from a young age and competes for the enjoyment rather than glory. Winning these events is just the icing on the cake for Mark, who also works as a part of “Ship my Tri Bike”, a company set up by his brother David, to transport racing bikes to Europe for Ironman competitions.

The Open Water Swimmer series takes place in various locations across the country. This year, the events took place in Lough Key on June 15, Gougane Barra in Co Cork on July 20 and Glendalough on September 7 and 8, with both a 750m and 1500m distance race in all locations. Glendalough had the addition of a 3.8km ironman distance swim this year. Competing in every distance at each event gave Mark enough points to win the series. Not an easy feat, considering he swam two races on each day one after the other, before taking on an Ironman distance at the final event.

Mark was not alone in his endeavour for the ironman distance swim. New mum Orlaith McLoughlin also took part and finished an astounding 31st place out of 124 participants, completing the swim in 1 hour 8 minutes. Orlaith is also an active member of Longford Triathlon Club and has been swimming since she was young. This is Orlaith’s second long distance race this summer, having also completed the 3km charity swim in Lanesboro, alongside other members of Longford and Lanesboro triathlon clubs.

If you fancy the challenge, the last long distance open water event of 2013 will take place in Killary Harbour in Connemara on October 12. Not for the faint-hearted, The Great Fjord Swim is both a 750m and 2km race where contestants are brought out on a boat, before they abandon ship and swim home. A €2000 cash prize is up for grabs and you can find more information on www.thegreatfjordswim.com

Congratulations to both Mark and Orlaith for their achievements.