Providing the care that is needed to starved and neglected horses 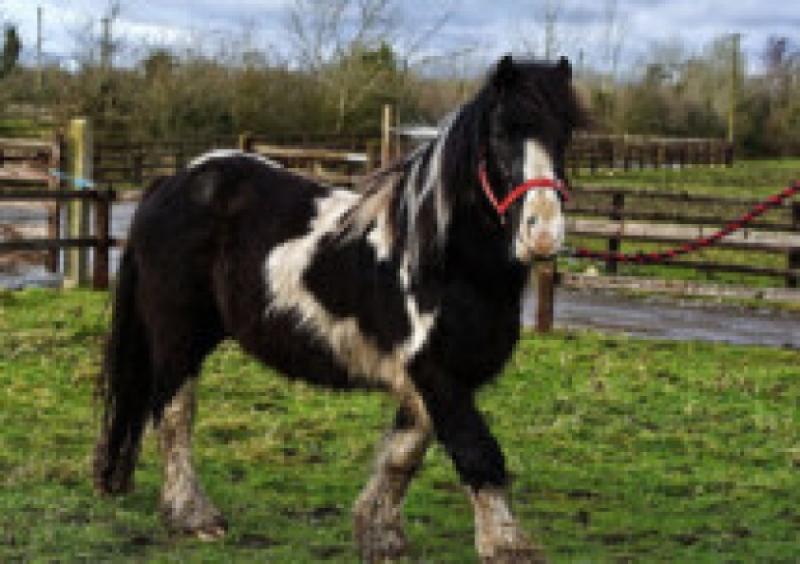 A horse sent for slaughter that seemingly came back from the dead, and subsequently featured on Channel 4 was found on the streets of Longford town by Hilary Robinson and her dedicated team at the Hungry Horse Outside equine rescue centre which is based in Newtownforbes.

A horse sent for slaughter that seemingly came back from the dead, and subsequently featured on Channel 4 was found on the streets of Longford town by Hilary Robinson and her dedicated team at the Hungry Horse Outside equine rescue centre which is based in Newtownforbes.

The horse in question - Charlie - was later discovered to have been registered as slaughtered for human consumption at an abattoir in Ireland, but his passport no longer matched his microchip.

The rescue centre which is based outside Longford town has the capacity to house around 100 abandoned, starved and neglected horses and also takes in cats and dogs at short notice. It runs on the goodwill and volunteering ability of the people of Co Longford and Ireland, and currently has 66 horses, foals and donkeys housed there.

“We discovered Charlie after we got a call to pick up three cobs in Longford town,” explained Ms Robinson. “One of them – Charlie, had a microchip and we later discovered that he was registered as slaughtered in 2010.”

After making contact with the Department of Agriculture, Food and the Marine, the staff of Hungry Horse Outside were then referred to Horse Sport Ireland, where they got the load down on the coloured cob and discovered that the registered owner of Charlie, was infact Bernadette Walsh, an animal rights activist in Sligo, who sold him on more than three years previously.

Meanwhile, life goes on at the rescue centre and Ms Robinson was on her way to Granard, with a representative from the Irish Society for the Prevention of Cruelty to Animals (ISPCA), when she dropped into the Leader last Thursday to chat about the difficulties faced by horses and the equine industry in the current climate. The representatives were on their way to 17 horses that were in dire need of the services of Hungry Horse Outside and the ISPCA in the north Longford town.

“There are 17 horses in a field in Granard; one is dead and three others – that we know of - are skin and bone,” Ms Robinson fumed. “If only people realised that it is expensive to keep horses and we would advise owners to think long and hard before putting the mare in to foal. If breeding stopped, that would help the situation immensely.”

As recently as last week the Department of Agriculture, Food and the Marine brought in new procedures that will allow centres like that of Hungry Horse Outside to put down animals that have been housed for five days.

“That is to cull, and it will help matters - but we have a fantastic fostering programme in place and would encourage people to foster the horses,” Ms Robinson continued. “We understand that there was a €3,000 profit, per tonne of horsemeat over beef, and that is why horsemeat entered the food chain. There needs to be traceability.”