History made as Drumlish cemetery opens 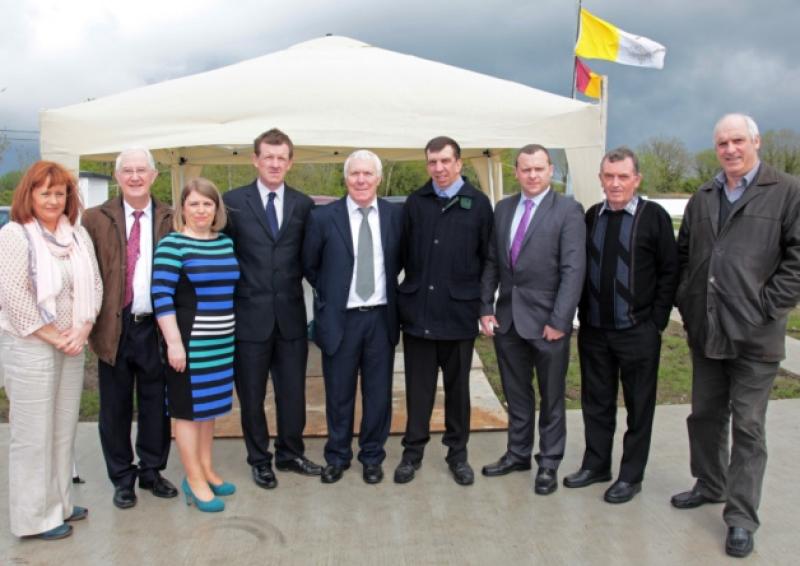 The occasion also marked the first time a community from the county has taken on the task of securing and developing a burial ground of their own.

In a statement issued to the Leader, Drumlish Cemetery Ltd, said the move was first set in train two years ago following changes to local government funding.

“Funding of new cemeteries is no longer the remit of County Councils,” it read. “When your cemetery is full, you as a community are now responsible for securing a site and developing your own cemetery.”

Due to declining levels in plots left available in the village’s original cemetery, a public meeting was called for at the behest of local Cllr Martin Mulleady and Seamus Furey.

A committee was soon formed, but the question of a suitable location still remained.

“The only site available was the site adjacent to the existing cemetery,” continued the statement.

The following year, the group set up a limited company and were sanctioned loan approval for the development of a car park.

More important was the need to raise funding. An innovative ‘Miss Diva’ competition towards the latter end of last year soon caught the imagination of locals as well as surrounding parishes.

It, together with other measures, helped draw in around €20,000, something the committee intends to build upon in time.

“We will be continuing with our fundraising efforts until the bank and the parish loans are both repaid in full”.

Work on phase one of the site started in February and concluded just last month, leading to the blessing and dedication of the village’s new cemetery at Barraghmore, Drumlish last Sunday.

“We are the first community in County Longford to be in this position, possibly the first in the midlands and we are keen to make people in other communities aware of what awaits them when their existing cemeteries are full.

“The development of this site will ensure that we as a community in Drumlish have a cemetery available to us for the next 50 years”.