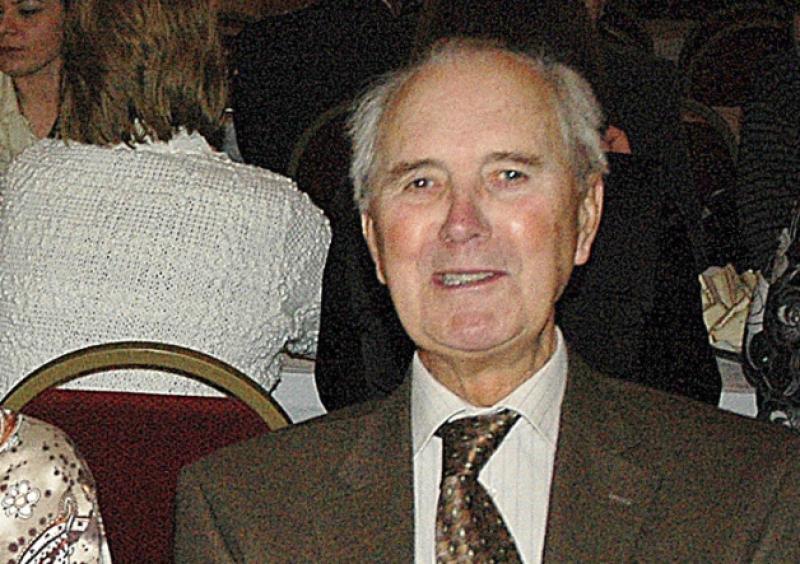 “One of Michael Killeen’s greatest triumphs was that he made local government very accessible to all people.

“One of Michael Killeen’s greatest triumphs was that he made local government very accessible to all people.

“He was a man with a terrific grasp of local issues and concerns and his door was never closed. Whilst his decisions could never have pleased everybody, he was a man of the people and we’ll remember him as one of this county’s great servants.”

Glowing praise in the Longford Leader Editorial of October 19, 2005 after Michael Killeen’s tenure as Longford County Manager, which began in January 1978, came to an end.

Mr Killeen of Castletown, Newtownforbes passed to his eternal reward, surrounded by his family, on Tuesday, January 21 last at the Midland Regional Hospital, Mullingar. Following requiem mass at St Mary’s Church, Newtownforbes last Thursday he was laid to rest in the local cemetery.

Longford County Mayor Larry Bannon extended sympathy to Mr Killeen’s family and said he achieved much. “Michael enjoyed a long and distinguished career as County Manager. He was well respected and always had the people of Longford at heart.”

Born on October 4, 1940 in Limerick, Mr Killeen had a remarkable intellect and it would be fair to say that the private sector’s loss was local government and Longford’s gain as he could easily have made it to the top in any of Ireland’s leading corporations.

He was employed with Limerick Corporation and Limerick Health Authority before serving as Town Clerk with Trim, Cashel, Nenagh and Tullamore UDCs.

He was Laois County Council County Accountant, Midland Health Board Finance Officer and Western Health Board Programme Manager prior to commencing employment as Longford County Manager in 1978.

Mr Killeen was conferred with the Freedom of Longford shortly after his retirement.

While he was a native of Limerick, Mr Killeen’s heart was very much in Longford and few put so much time and effort into the wellbeing of the county.

He embraced the concept of ‘Better Local Government’ and his regard for the underprivileged earned him much admiration. He was instrumental in attracting industry to Longford, including Abbott, and did much to encourage local business.