Longford's Backstage to roll out red carpet for The Chief 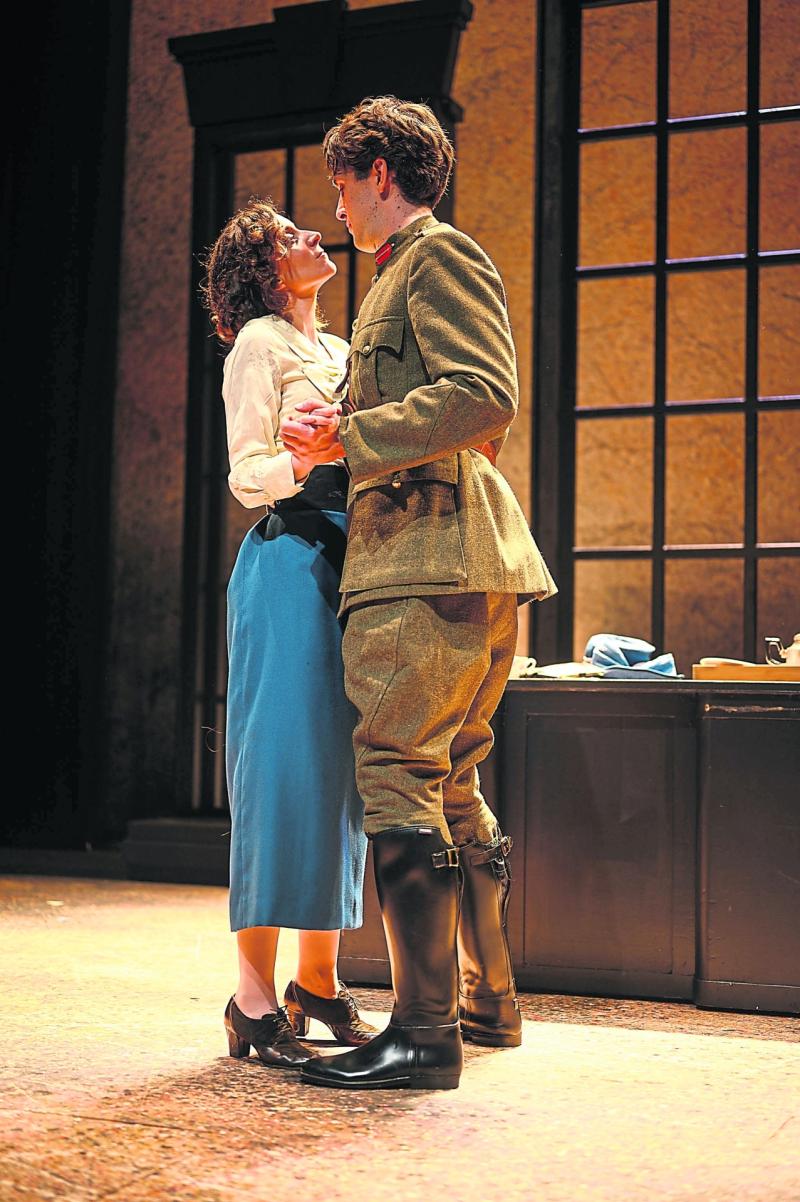 The play explores Collins’s intimate relationship with Kitty Kiernan, his dream for a united Ireland and his guilt at taking arms against former comrades

In a year of tremendous significance the marriage of theatre and history is perfectly bonded in Decadent Theatre's production of Jimmy Murphy's The Chief.

This week the ensemble tread the boards in Backstage Theatre for a three night run.

Premiering alongside the one hundred year anniversary of Michael Collin's passing, The Chief reveals the man behind the iconic historical figure. Written by the author of The Kings of the Kilburn and presented by Decadent Theatre, one of Ireland’s leading theatre companies, The Chief will be a homecoming two decades in the making for a former Backstage Youth Theatre member Liam Heslin.

Set against the backdrop of the Irish Civil War, it focuses on the problems facing Collins and the Free State Government as they attempt to build a new Ireland and overcome the vicious divide brought about by the Treaty.

The play has a particular local connection as it explores Collins’ intimate relationship with Kitty Kiernan, his dream for a united Ireland and his guilt at taking arms against former comrades. It reflects on the new Ireland that he imagined, alongside the tragic fate that Kitty Kiernan feared would soon overtake him.

The staging of the play coincides with the anniversary of Collins' death at Béal na Blá. The playwright said his portrayal of Kitty Kiernan “is the first time that Kitty is written as a fully-realised, politically forward-thinking woman, proactive in and out of the bedroom, rather than the girl smiling up adoringly at Collins”.

This point was affiremed by the Longford actor: “No one knows the intimate conversations between Kitty and Collins,” Liam says of the play, “Jimmy has a bit of licence to probe that relationship and knit it in with the historic facts. He uses that dramatic licence to make it theatrical.”

Liam is looking forward to his Backstage return: “I haven't performed on the stage since I performed as part of Backstage Youth Theatre with Pat Joe McLoughlin. It's close to 20 years now.”

The Chief marks the centenary of Michael Collins’ death in August 1922 and speaks directly to the Ireland of today. It appears just when the enduring question “Will Ireland ever be united?” has moved to centre stage in Irish political discourse.

The Chief comes to Backstage Theatre, Longford from Thursday 22to Saturday 24 of September at 8pm. Tickets available on 043 33 47888 or backstage.ie