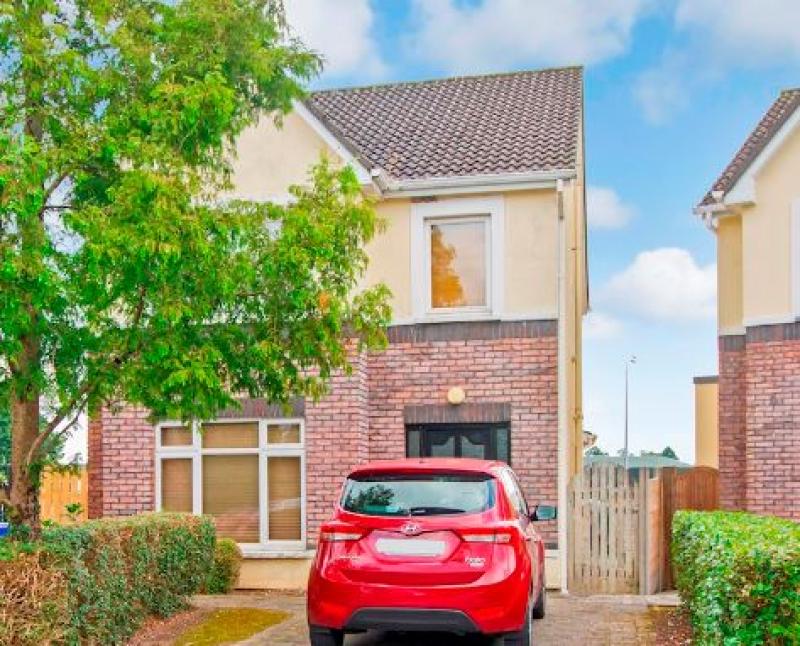 This repossessed family home in the Midlands was auctioned on Friday morning, September 16

A Midlands man whose former home was repossessed by AIB was hoping to buy it back yesterday morning (Friday, September 16).

The house in Tullamore came on the market in an online auction run by BidX1 at 8am and the agent has put a guide price on it of €180,000.

The detached residence in Spollanstown Wood was bought by Michael McDermott in 2003 and he lived in it with his family until 2011.

Mr McDermott, a local businessman, said that because of changed circumstances and the need for a bigger home with his “blended family”, he let the house and rented a larger one to live in.

Because of the recession the mortgage on the Spollanstown Wood house had gone into arrears and the amount outstanding grew to over €300,000.

AIB got a possession order for the house and it was then part of a portfolio which was sold by the bank to Mars Capital, a so-called vulture fund.

“We're now considering moving back into it because we're renting where we are at the moment,” Mr McDermott said.

“Our plan was to try and negotiate a deal with the banks to buy it back and we offered them €180,000 and they said they thought it would make more at auction.”

He said himself and his partner engaged an insolvency practitioner to negotiate on their behalf but they were unable to make a deal.

He added: “It's the only house we own and as far as we're concerned it is our family home.”

He said he will bid for it tomorrow morning but believes the sale price will exceed €180,000.

“My campaign is basically to make people aware of the fact that it is our family home and we're hoping to be able to buy it back at auction.”

A representative for BidX1 was not prepared to comment on the sale but it is understood there is significant interest in the property because of the housing shortage.

BidX1 say the 1,300 sq ft house (back garden view pictured below) is in need of refurbishment but is in a cul-de-sac location convenient to various amenities in Tullamore.

In a Facebook post, Mr McDermott said: “This house in Tullamore was our family home for many years. All best laid plans became unravelled during the recession and like many others ended up in mortgage arrears. Our state bank AIB (which we all bailed out) sold the loan to a vulture fund. Despite our best efforts to negotiate with them, they have REFUSED OUR OFFER of the reserve price of €180,000. This property is going to auction this Friday morning and we are hoping to be able to buy our family home for this price. If you know anybody that is thinking of buying our home, please make them aware of this. This is not a faceless asset to be purchased by a faceless investor”.

Mr McDermott is well known locally having been involved in many businesses over the years.

Most recently he operated the Copper Pot Still pub in Tullamore (where a new owner has plans for refurbishment and reopening) and Mr McDermott now runs a pub and hotel furniture and equipment sales business.

An unidentified buyer was the highest bidder on a repossessed house in Tullamore which was auctioned on Friday, September 16.