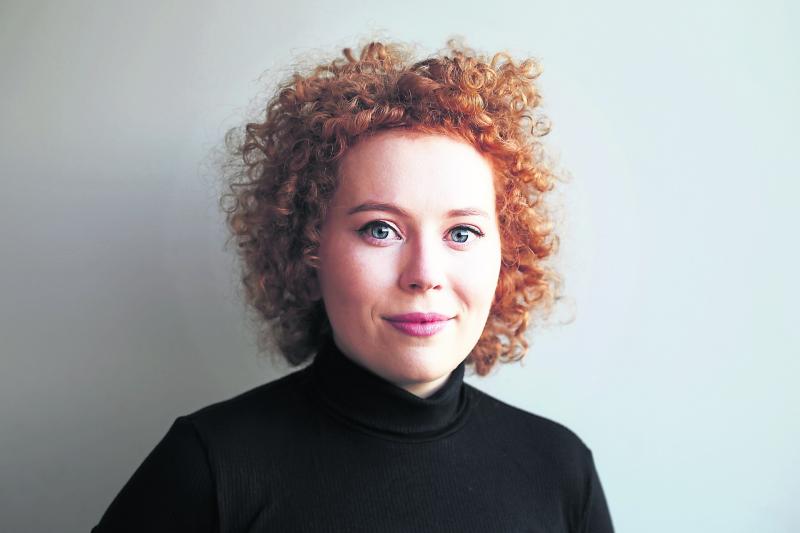 A collaboration between a Cork city theatre company and a local arts venue is about to bring the work of a Longford playwright to the stage for the first time.

'The Spin' is Eimear Reilly's first play and it will debut at Backstage Theatre.

Following a two night run in Longford (September 15 and 16) the show goes on to the Dublin Fringe Festival September 19 to 24.

“The play features two characters: Joanna is 27 and and Fiona is in her 60s,” Eimear says of her work.

It centres on Joanna Jennings, a young woman with a fractured sense of identity: “Her life is in free-fall, she has has just broken up with her boyfriend, she has no where to live. She has a crisis-ridden present. Over the course of the play we excavate her personal history,” Eimear tells.

At times uncomfortably unfiltered yet entirely relatable, the play is a meditation on the trauma of grief, its multi-generational repercussions, and the depths of love

Drawing the Longford arts centre and the Cork theatre group together is unusual: “This is the first time they have collaborated,” Eimear outlines, and given the distance between 50 Pope's Quay, Cork and Farneyhoogan, Longford this is no surprise, “I'm the connector I suppose,” she laughs.

Bringing the play to stage has been a gradual process: “Mona [Consadine in Backstage] runs The Activate Residency. I availed of that and support from the Creative Ireland programme thanks to the now retired Longford County Librarian Mary Carleton Reynolds. That allowed me develop the play to the next stage. That Longford phase happened last year over two weeks. It was crucial.”

The Backstage show is a homecoming for Eimear: “I am originally from Edgeworthstown and Backstage was a significant part of my childhood. I performed a lot with Shawbrook School of Dance all through the 90's and early 00's. My first theatre experience as a child was in Backstage, so it really is an amazing happy accident to find myself back their 20 years later.

“I went to Shawbrook from the age of five. My Mom brought us to the Abbey and the Gate, so between that and Backstage we were exposed to a lot of dramatic arts growing up. When I went to college I did maths and statistics in UCD, but there was an itch to go back to theatre. In Cork I got back into the arts. I worked with Michael Keenan Dolan – he offered me job in 2017. That gave me a great insight into how professional productions are put together.”

Eimear packed her arts CV out by working with RTE, Wexford Opera and The National Symphony Orchestra. All this was building to her goal of getting The Spin on stage.

“I wrote the draft four years ago. It has been tweaked and reworked and interrogated, but it's still very similar to what I originally wrote,” she tells.

The roster for the play is very impressive. Director Pat Kiernan is the artistic director of Corcadorca. He has more than 30 years experience in drama. Aisling Kearns is a rising star. She recently performed in the Gaiety in Maeve Binchy's Circle of Friends.

Anna Healy has just finished the Edinburgh run of The Last Return, the award winning Druid production and will reprise her role at Dublin Theatre Festival. Before that Anna played the role of Maggie May in Offaly playwright Marina Carr's Portia Coughlan in the Abbey Theatre.

The Spin will be staged at Backstage Theatre, Longford on September 15 and 16 from 8pm, tickets are €15 and €13. It will then go on to the Project Arts Centre Dublin as part of Dublin Fringe Festival and then to the Triskel Arts Centre Cork.