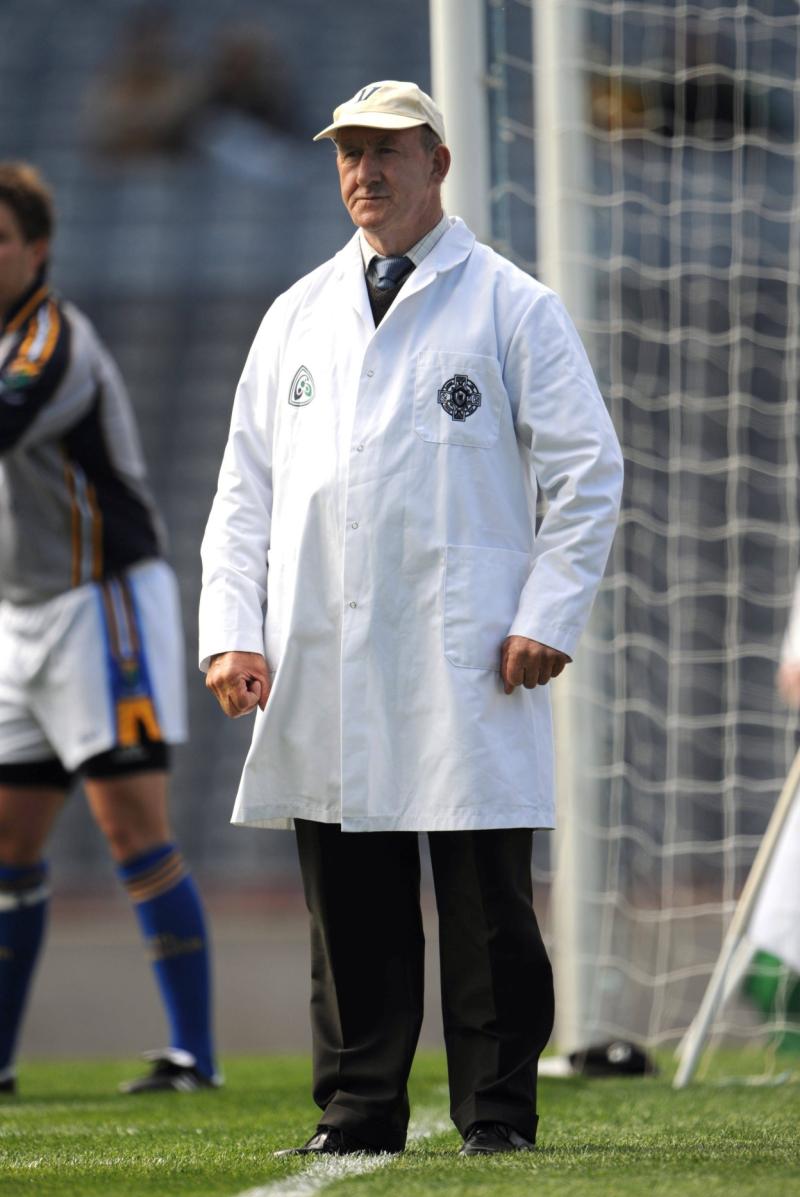 We were all shocked when the news of the very sudden and unexpected death of Johnny Marlowe, Foigha began to filter through on Monday morning last, August 15.

Johnny was out on Ring Dong bog filling a load of turf when he suddenly took ill and died on the bog. He was found almost immediately after his collapse by two men working nearby and who would have known him very well.

Johnny was one of the best known residents of the Kenagh-Foigha locality. Having lived in the locality for all of his seventy five years he made his mark as a good honest worker, a good family man and above all a passionate member and supporter of the GAA at club and county level.

Being a member of a family who contributed to the Kenagh club at player level he proudly carried on the tradition and togged out for his beloved club. But it was only when he became a delegate to the county board that he began to establish himself with prominence.

He will long be remembered as a vociferous member who never let an opportunity go without giving some delegate a taste of his witty remarks. He was well able to hold his own in serious debate more often than not winning his argument.

While a delegate to the county board he began to referee club games across the county. He acquired a great knowledge of the rules of gaelic football thereby becoming a very competent referee. He was known to be very fair but firm and took no nonsense.

He came to prominence in GAA circles when he joined John Bannon's team of umpires which gave him an opportunity to officiate in Croke Park at all Ireland finals. His presence in Croke Park gave him an opportunity to meet the President of Ireland and the President of the GAA in an official capacity. No doubt a great ambassador for his club and county.

On the domestic side Johnny was a great family man, devoted to his wife of fifty years Pauline and his family, also his siblings and extended family.

He was a hard worker having spent his early years on Bord na Mona where he will also be remembered by his workmates for his good humoured wit. After many years on the Board and qualified for retirement, he began to work locally. He worked with local publican and friend Jimmy Leavey of Foigha pub. He also worked for Hanley's Motors in later years.

Johnny also worked in FAS schemes and remained involved in club ground maintenance. He also called at Bingo sessions where his wit also came through.

Johnny was very popular in social circles and although a life long teetotaller and non smoker he and his good wife Pauline spent many a good night in his local in Foigha where again his wit was enjoyed by the patrons.

His funeral on Thursday, August 18 was a very sad yet solemn occasion. A guard of honour was presented by his own Kenagh club who were joined by a big representation from Longford county board where every club in the county was represented.

After the funeral prayers in Kilcommock cemetery an oration was delivered by county GAA president Jimmy Fox who was loud in his praise of the late Johnny for his lifelong contribution to GAA affairs. Incidentally, Johnny Marlowe was the first person to be interred in the new extension to Kilcommock cemetery.

We offer our sincere sympathy to his wife Pauline, sons John, Oliver, Paul and Ger, daughter Jacqueline, brother Pat, sister Kitty, grandchildren and all his extended families. He was predeceased by his brothers Michael, James, Joe and sister Maureen. We also send good wishes to the two men who found Johnny and summoned help from the fire service, the helicopter service, Gardai and spiritual assistance. No doubt we've lost a great friend and a great gael, and a good family man. Go neiri Dia Trocaire ar ainm.