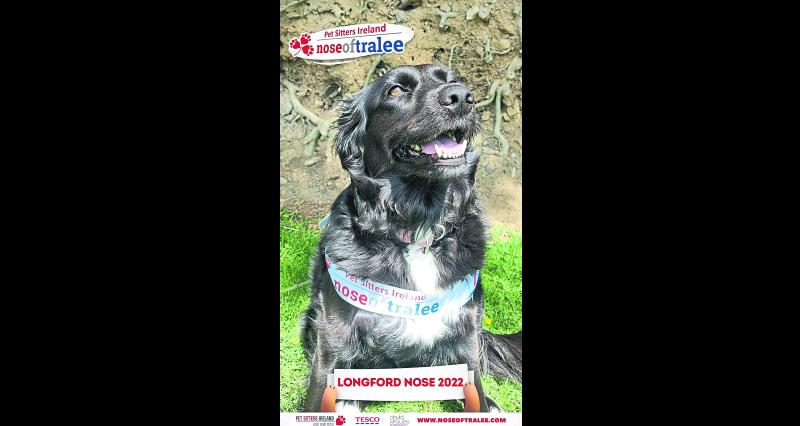 The owners of a Longford collie/retriever are hoping their beloved pet is crowned the Nose of Tralee at the competition's ninth annual awards ceremony in just over a week's time.

The Carberry family of Deerpark Kenagh, are the owners of Kobe, a cuddly mixed breed dog which has quickly become the centre of its family since being rehomed from Co Mayo four years ago.

The competition, organised by Pet Sitters Ireland, has seen over 2,00 entries this year with Kobe safely securing his place among this year's finalists.

In a poignant twist, the Carberry's have vowed to donate all prizes to Cian's Kennels, a charity set up in memory of Killashee schoolboy Cian Neary.

The much loved 15-year-old passed away in 2019 following a courageous battle with cancer.

The charity, initiated by his parents Evelyn and Enda, was rolled out in order to bring sick children closer to their pets on the grounds of Children's Health Ireland (CHI) at Crumlin.

Kobe was invited to spend time with the Neary family where herself Cooper, Cian's beloved golden labrador hit it off.

Kobe's road to the Nose Of Tralee can be found on Cian's Kennels Facebook page and various other social media channels. Online voting is underway and closes at 5pm on Monday, August 22.