Longford's Arditti win Battle of the Bands in Carrick-on-Shannon 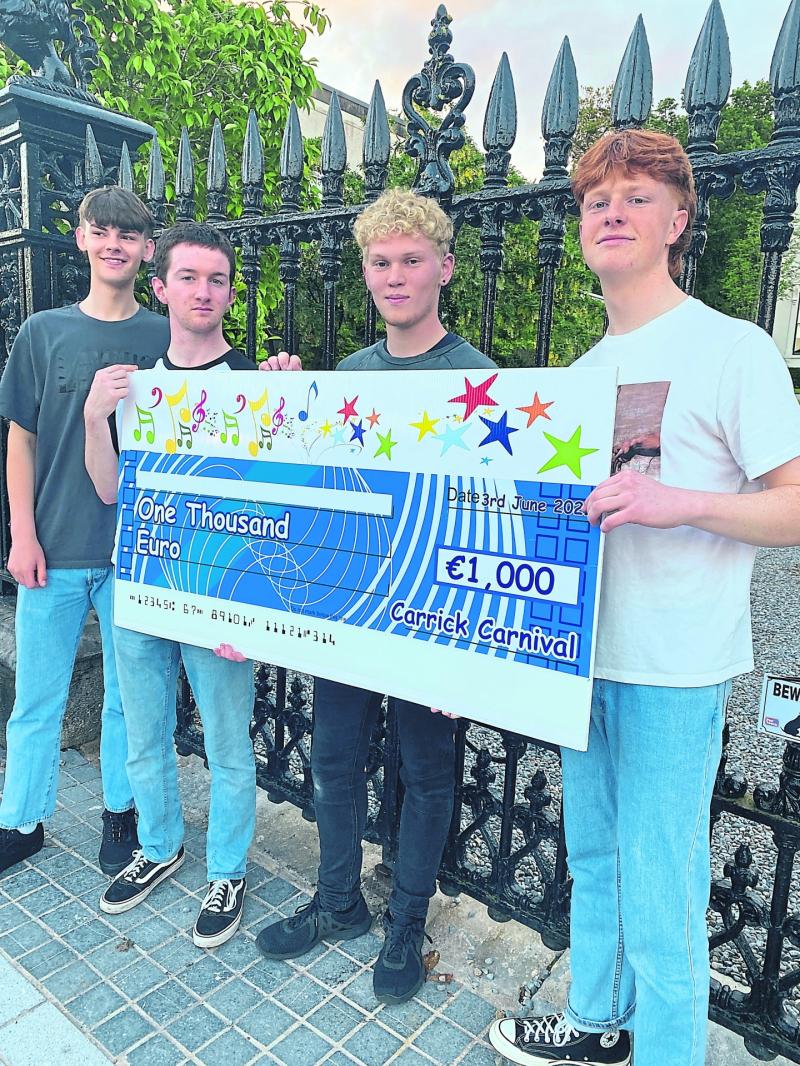 Longford band, Arditti, who won Battle of the Bands at Carrick Carnical recently

Longford band, Arditti are celebrating a win following their success at Carrick-on-Shannon’s recent Battle of the Bands competition.

Seven amazing acts, from bands to solo performers took to the stage on Friday, June 3, many of whom were from Longford, showing just how important music is to the heritage of this county.

Arditti is made up of Alex Watts, Cian Ryan, Keelan Ward and Alex Reilly and the lads took home a cheque of €1,000 plus a day in Vibes recording studio.

The event was well run by Carrick Carnival and the lads from Arditti are looking forward to using their prize to record new music.