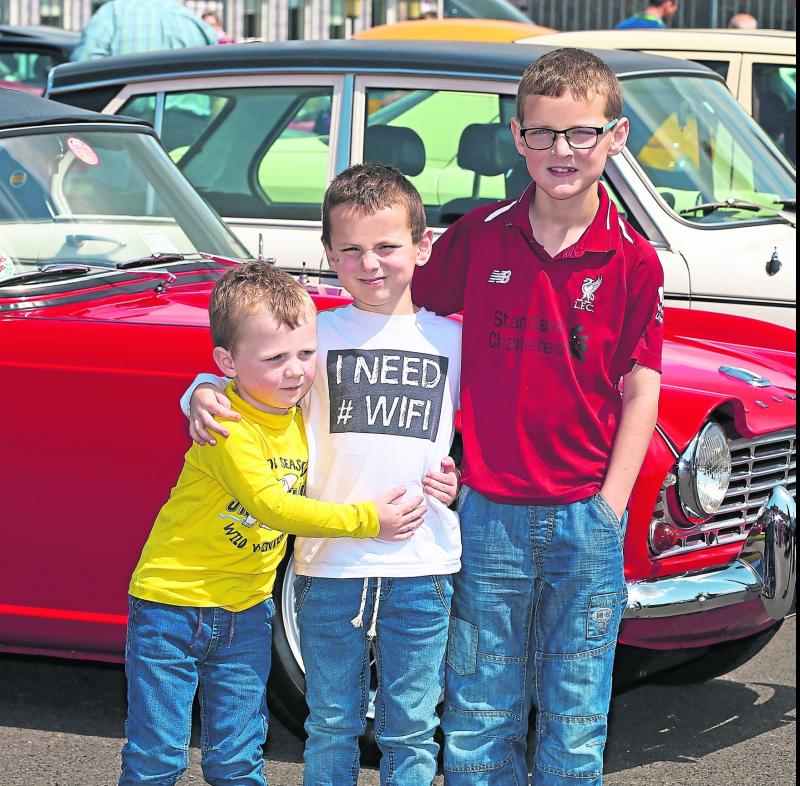 Three years on from its last staging, Longford Vintage Club are preparing to host arguably its biggest and most eagerly awaited yearly showcases this weekend.

Longford Vintage Club was established in 2005, and Connolly Barracks will once again provide the backdrop to a spectacle which has become a quintessential family favourite on the local calendar.

Organisers have been busily putting the final touches to Sunday's occasion with a comprehensive line up pencilled in that promises to be one of the most hotly awaited social gatherings this year.

"Our Show on Sunday, June 5 is the first one since 2019 due to Covid 19, and we're expecting it to be a fantastic Family Vintage Fun Day with a massive amount of activities on," said Club Chairman Derrick Duke.

Each year when hosting their annual show and fair, the vintage club split money raised between local charities.

On previous occasions, the likes of the Rachael Stewart & the Lynsey Bennett Fund, the Dublin to Mayo charity tractor run and many more worthwhile causes have also benefited.

In keeping with that long held tradition, this year it's the turn of the Irish Kidney Foundation, by way of the Bryonny Sainsbury charity truck run.

The 2022 instalment of this year’s show promises to be one for people of all ages, shapes, sizes and interests.

The cost of entry for adults to the show is set at €10, with children going free. Family and group discounts will also be available, with gates open from 12 noon.

As is obvious, there will be an abundance of vintage motors present on the day, including a future classics section.

The dog show this year features ten competition classes in total with a €5 entry fee per class and rosettes and prizes for each winner. Entries will be taken from 1.30pm and judging is expected to start from 2pm.

Once again this year, the crafts fair is also expected to wow the crowds.

Also for the first time in seven years is the return of Executive Helicopters with members of the public being able to get a panoramic view of the Longford landscape.

That attraction will see the landing pad at the back of the barracks being used in what is sure to be one of the day’s key highlights.

What’s more, Corvenieos Entertainment will be in situ and have laid on what can only be described as a showstopping line up of activities.

Among the many highlights include a Meet & Greet Stilt Walker, Fire Performer Meet & Greet Juggler, glitter tattooing, wood carving, a craft fair, cartoon characters as well as birds of prey, offering a unique and up-close experience to learn about magnificent birds from leading falconer Niall Bourke.

Much of the credit in being able to secure such an impressive array of attractions, according to organisers, has been the result of the input of Longford Community Resources Ltd.

Alongside Longford County Council, the event has been backed by the Rural Development Programme (LEADER) 2014-2022 and which is part financed by the EU.

In also singling out the part played by local man Shane Crossan in helping to bring this Sunday's event to pass, Derrick also revealed how top midlands band Audiopilot would be bringing the show to a close with a two hour set of live music from 3:30pm to 5:30pm.

"We will have a fantastic display of vintage cars, tractors, bikes and lorries all on view," he said.

"There will be food onsite with a canteen and sit-down area.

"We are expecting a large amount of stalls displays, so there is a massive amount of things to see right in the middle of our town.

"It's going to be an absolute must for all the family, young and old."