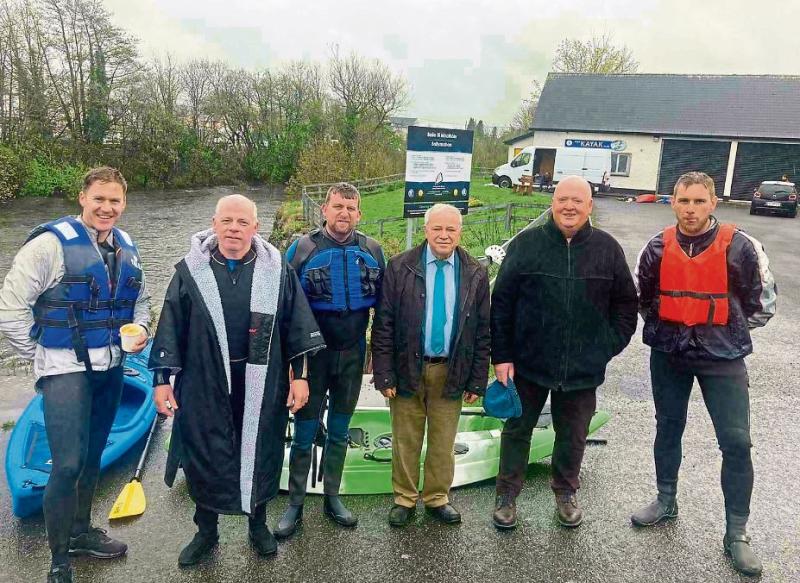 It all started with a "small notion" Noel Murtagh, a keen water sports fan, had a couple of years ago about following the flow of the Inny River.

After several trail runs on various parts of the Inny the "notion" became reality.

Starting out originally Noel thought he would be doing the trip by himself but as it turned out there were over 30 people who joined him for various parts of the journey.

As Interest grew in the challenge and the more and more people got involved this was the perfect opportunity to raise some money for charity. So many people have benefited from the care facilities at LARCC while dealing with their cancer journey.

Noel was overwhelmed with the amazing generosity that he received. Both by people who gave up their time and also their wonderful donations. LARCC is an amazing local charity in Multyfarnham that is close to everyone's hearts and this was certainly seen with the amazing support received.

The trip was completed over three days in all kinds of weather. With people of all ages ranging from 11 years of age upwards.

It started in Lough Sheelin, County Cavan and ended in Lough Ree on the River Shannon. Noel received loads of support over the three days with people turning out at various bridges to give the much-needed encouragement to the kayakers.

Among them were members of Ballymahon Tidy Towns and Ballymahon Gardaí who, when they heard he and a number of other kayakers would be passing through on Easter Sunday, arranged to meet him and support him on the final leg of his journey.

Noel would like to give a special thanks to everyone who helped him complete his "small notion". From the brave kayakers to the volunteers who kept everyone fed and refuelled.

Donations are coming in and anyone wishing to support it can do so by going to the 100km River Inny Challenge Facebook page.