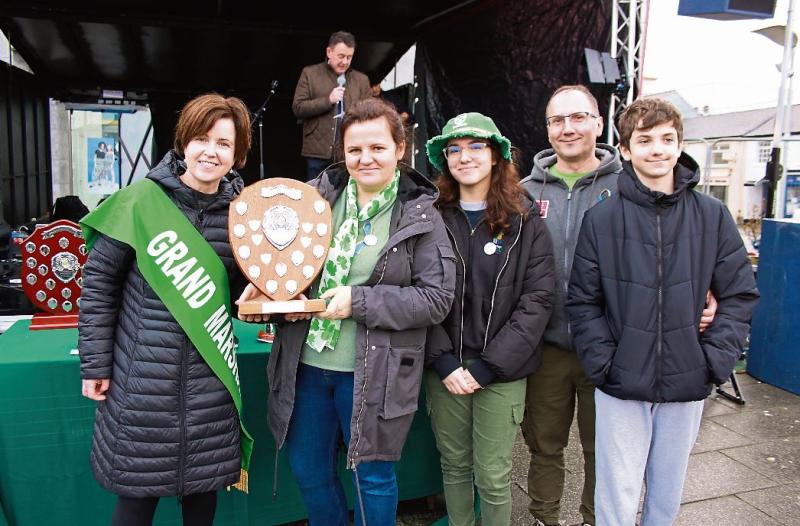 St Patrick's Day may have come and gone but for those behind its unprecedented success, the occasion is one that will live long in the memory.

No fewer than 17 different groups and associations took home prizes over the course of an afternoon that is still the topic of much conversation across the county.

Longford Athletics Club walked away with the event's 'Best Overall Entry', fighting off a series of stiff competition in the process.

Most colourful and commercial entry went to St Michael's National School and Hynes Quinn Driving School respectively.
Longford Chamber of Commerce President Fiona Fenelon said the day was indicative of a feel good factor which had been close to two years in the making.

More pointedly, Ms Fenelon alluded to how the occasion provided the perfect springboard to what promised to be a year full of optimism and positivity.

“Longford is on the up and we on Chamber endeavour to support local business which is more important now than ever,” she said.

“We look forward to the exciting regeneration plans announced by Longford County council, coming to fruition in the coming year.

Ms Fenelon urged as many people as possible to shop locally, revealing the chamber was a body which would fly the commercial flag for businesses on the county's new Community Safety Partnership.

“I appeal to everyone to please support our community and local business as much as possible,” she said.

“Longford is open for business and we look forward to what lies ahead in the coming months and years.”

Among the other notable prizewinners on the day included Longford Fire Service and Longford Vintage Club who took home awards for Best Public Service and Non Commercial Entry.

Best Environmental Winner was picked up by Co Longford Scuba Divers while St Emer’s National School came out on top in the Best School Entry sections.

Outstanding Service and Most Innovative Entry awards were won by the Longford Pipe Band and Longford Ploughing Association while awards for Best Window Display were handed to Ward’s Pharmacy, Provider’s, Unique Boutique and Davis' SuperValu.