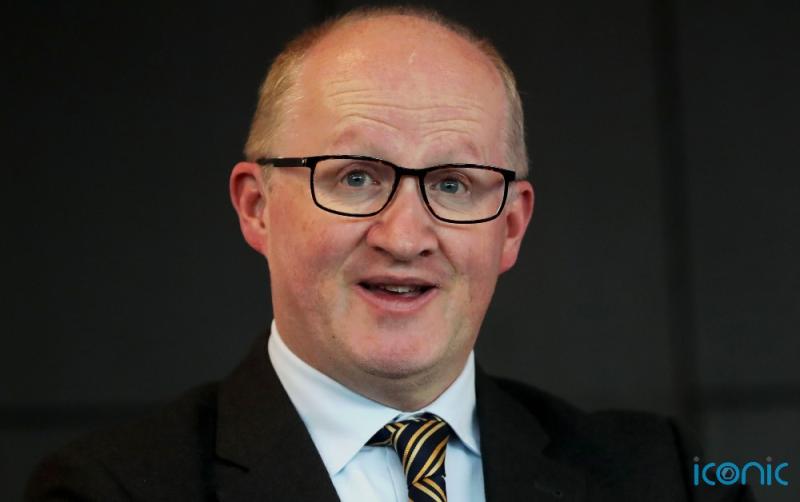 Targeted and temporary measures should be used to tackle rising inflation, a top European Central Bank official has warned

A top European Central Bank official has warned targeted and temporary measures should be used to tackle rising inflation.

Philip Lane, the chief economist of the European Central Bank, acknowledged that people were experiencing a major increase in the cost of living but said that he believed the rate of inflation will fall later this year.

A study by the Economic and Social Research Institute (ESRI) published on Wednesday said inflation could hit 6.7% this year, a level not seen in Ireland for decades.

The Irish economist said: “We should acknowledge these extraordinary times means there is a lot of uncertainty.

“The inflation rate will start to come down in the second half of the year.

“We do have the inflation rate for the euro area as a whole this year at 5.1%.

“It will be above that number.

“It is above that number now.

“It will above that number I think for the next few months.

“But we do think it will start to come down.”

Inflation has dominated the political agenda in the Republic of Ireland and Europe in recent weeks, as surging prices have fuelled anxiety about a growing cost-of-living crisis.

In Ireland, the main opposition party Sinn Féin has urged the Government to go further to insulate households from inflation.

Mr Lane said that the situation should stabilise and indicated he did not foresee the kind of long-term inflation witnesses in the 1970s.

“It is a very major economic event and it is hurting a lot of people.

“And I’m not telling you we think it is going to reverse.

“But what we do think is that the momentum will slow down.

“There has been this surprise inflation.

“People have seen a loss of their living standards.

“And that has to be a factor in wage negotiations absolutely,” he told RTE radio.

“But there is a different between that and saying we’re in a high inflation era like the 1970s.”

Mr Lane said that the European Central Bank saw targeted measures a key tool in the fight against inflation.

“For those on lower incomes, they have no savings to fall back on.

“They will reduce their consumption, which hurts the economy.”

“From the economic point of view, targeted and temporary are our key messages.”