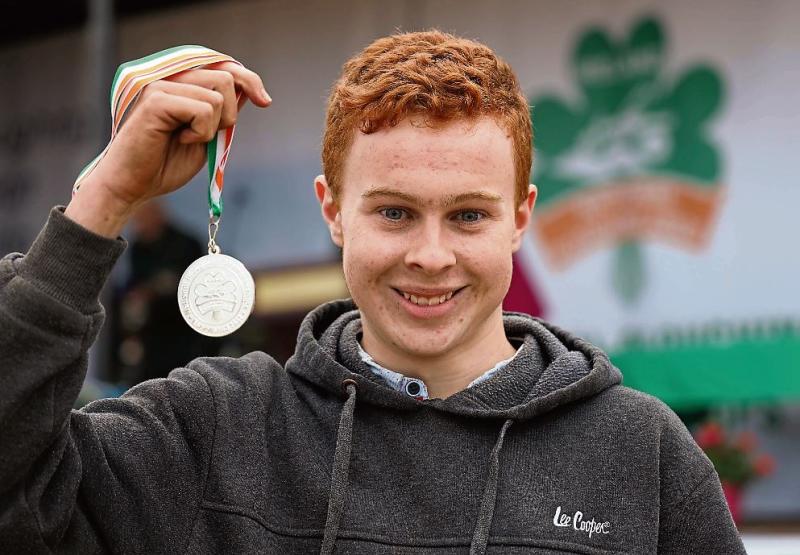 Three Longford competitors featured among the medals at the 90th National Ploughing Championships in Ratheniska, Co Laois last September, with the focus firmly back on the Association’s ploughing roots. 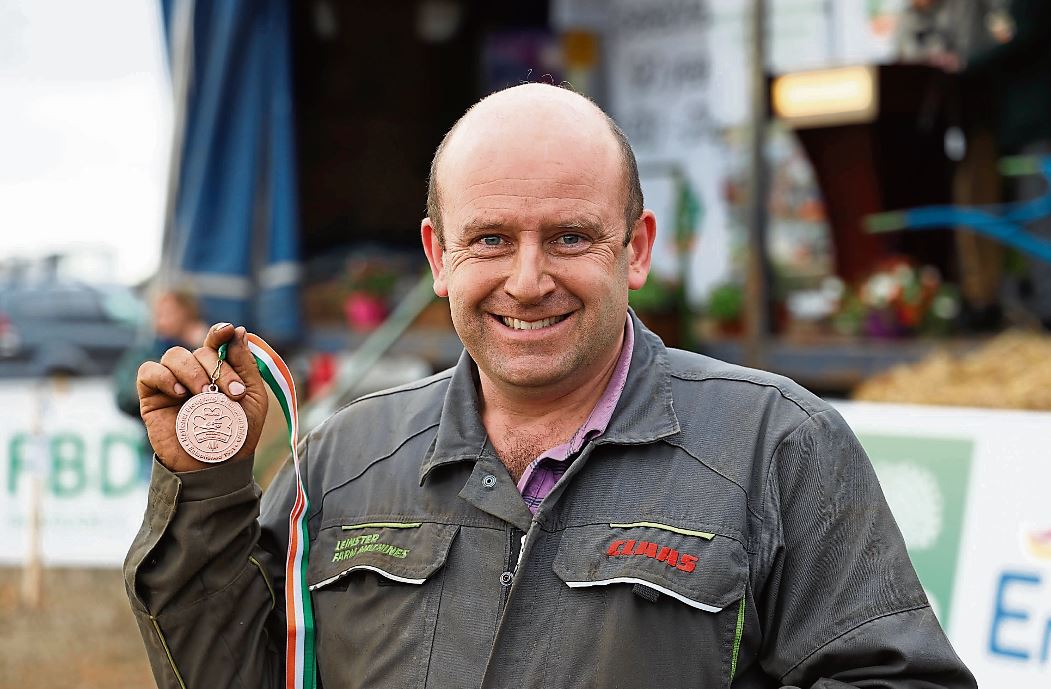 For Martin, from Enaghan, a townland in north County Longford, it was akin to reeling in the years as in 2012 at Wexford he secured gold and was crowned Junior champion. He joked, “Enaghan wouldn’t be known for its ability to produce wheat or barley crops, but it has produced a few good ploughmen!”

Coming from a farm and an agricultural contracting business, naturally, Martin had an interest in all things land and machinery related. “Having watched our lads turn fields from green to brown each Spring, it was ploughing in particular that caught my attention. My first ploughing match was in Carrigallen, Co Leitrim on Easter Saturday 1994. From then on, I was hooked!”

He added, “After a little persuasion and a few summers of working for free, I had enough goodwill built up with my father and he bought me a brand-new match plough. He must have seen some potential in me.”

The Longford Ploughing Association are really progressive and make every effort to send teams to other county matches.

Martin said he was delighted when they sent him to his first match in stubbles in Killeigh, Co Offaly, even though he had never stood in a tillage field before. He thanked Tommy Monaghan for his guidance and help during his early years ploughing.

Martin explained, “Every year we compete in between 15 and 20 matches from the top of the country to the bottom although the last two years have curtailed this somewhat. We practice when we can and look forward to the annual All-Ireland Championships. My best memories come from Wexford where I was placed first and most recently with a 3rd place last September, in Ratheniska.

“While ploughing mightn’t be the most exciting sport in the world, it certainly is competitive, and a good result sends you home happy. Personally, I like competing against other top ploughmen. The camaraderie between us is good through shared experiences of grappling in the never ending battle with nature. I’ve heard a ploughing judge describe it like wallpapering a room, you have to start off straight, keep the pattern matching and finish well in the corner.”

Andrew Stewart began ploughing about 12 years ago and he was a bronze medal winner in the U28 Junior Conventional. His father and uncles have ploughed at matches since their youth. 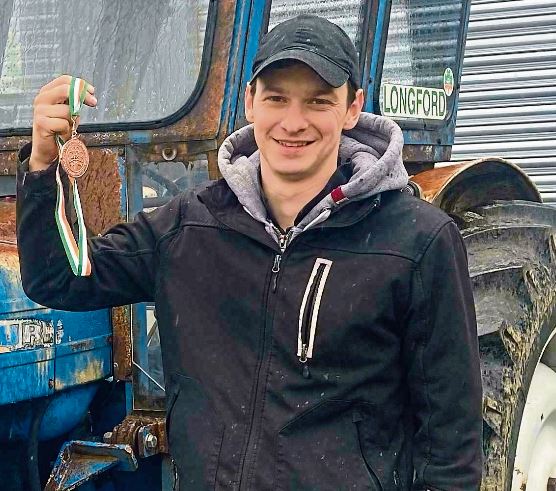 Andrew said the little bit of rivalry in the family encouraged him to concentrate and he has benefited from years of match practice and his skill continues to improve but you never know how the soil will behave until you're ploughing your plot.
A trained mechanic, currently working in O’Meara Parts, Longford, Andrew pointed out that, “the best part of ploughing is the fantastic network of friends, conversations on the field opening doors to people with similar interests in farming, machinery and vintage tractors.”

He concluded, “I was thrilled to win the U28 Bronze Medal for Longford Ploughing. A big thank you to all the team who helped me out over the last twelve years. I’m looking forward to meeting everyone again next Sunday.”

From Barne, Edgeworthstown and a Leaving Cert student at Mercy Ballymahon, Daniel Haughey was delighted to take part in the Conventional Junior Under 21 Ploughing Class and he came home with a silver medal.

The competition resembled what it would have been like many years ago, with Daniel pointing out, “The 2021 experience was very different to previous years as the competition was held behind ‘closed doors’ with only 1000 people allowed on the site each day. Despite this there was a great atmosphere with many familiar faces on the fields.”

Daniel added, “It was great to experience this friendly atmosphere at my first national event. It was a privilege to be able to take part and represent County Longford. I am looking forward to taking part in competitive ploughing in the future.”